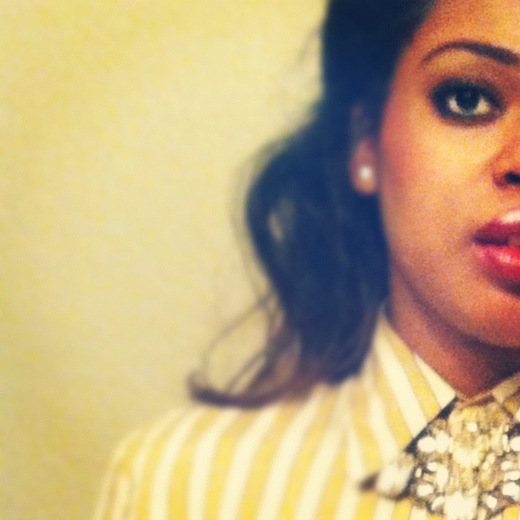 Born up north, south of the Juan de Fuca strait, home of Puget sounds, Washington. Raised in a place totally different as by culture, music, food and state of mind... birthplace of jazz, great people and mardi gras, Louisiana... New Orleans that is.  The design major, born of Italian-Creole, Jamaican, Mulatto heritage, this melange of a talent always found herself on the inside of music, arts, philanthropy and entertainment.  By way of fashion shows at the age of 4, singing in stage plays at the age of 6, writing poetry at the age of 8, rapping at 9 and writing songs by the age of 12, designing and expressing herself creatively would become second nature; only to discover later it was her first.

The natural, raw and full-lipped voice would soon create a lane for her to embody.  "I've been writing songs for other artists and now I'd like to focus on myself. I can't wait to see what comes of this!"  She says with excitement in knowing that is one of the best decisions she's ever made.  Having written with local and few already signed artists, both rappers and singers, her desire to work on her own craft has become prominent, especially being unsigned.  Inspired by Kanye West, Grace Jones, Sade, Cee-lo, Drake, Madonna, Frank Ocean and Beyonce to name a few, I'm certain she will flip the music industry on it's ear.  "It's like I'm baking something from scratch, the finest foods are always made that way. Organic. I'm just wanting to say bite me!" Since raw talent has never went out of style... and style can never be purchased, we are ready to see what her gifts will give to us!

To live inside of comfort by fear is like signing a permission slip for suicide. Fear kills.  It is not of God.