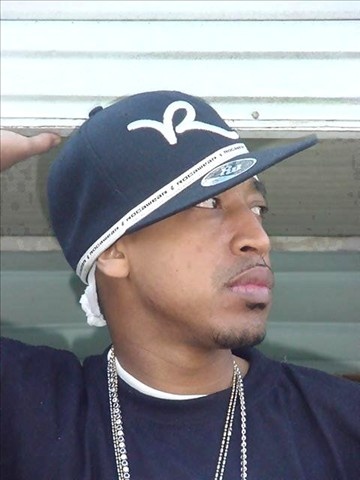 Straight from the streets of the DC Metro area. This artist has grown from just rapping about a hustle, to actually rapping about life’s experiences.

Chuck Da Arsonist not only has a sick flow (the articulation alone will mutilate many), but he writes all of his own music and can sing his own hooks. Chuck Da Arsonist prides himself on delivering good music, that of which embodies longevity – no matter if he has to work 7 days a week!

Chuck began making a name for himself with clever punchlines, a distinctive voice, and “has more talent than the beats can handle”. Now that Chuck Da Arsonist is an independent artist, he feels like he has something to prove. Not only to the industry, his family, or even his hometown, but to himself. "Chuck Da Arsonist" is exactly what the rap game has been missing. He leaves you with no choice but to nod your head and enjoy the lyrics of truth - of the streets and life in general, but also, supplies smooth sounds for the radio, national scenes, and the ladies!

Trust and believe you will not be disappointed in what you get from the main artist, “Try-Angle Entertainment”.

More of an artist than just a rapper; more of an entertainer,

than just a performer; More than just a business man; but a man of business.

“Hip-hop is more than just muzik, but it is a way of life.”

Chuck Da Arsonist has opened up for and performed at the same venues with artist such as: Lil Kim, Craig Mack, Terror Squad, Soul 4 Real, Luke, Goodie Mob, Junior Mafia,

M.O.P., Boot Camp Clik, + many others. Da Arsonist has made a name for himself

in the DC Metro Area, NY, TX and CA areas, directly – with sights-set for international

fame and to simply...take-over your airwaves via your speakers!