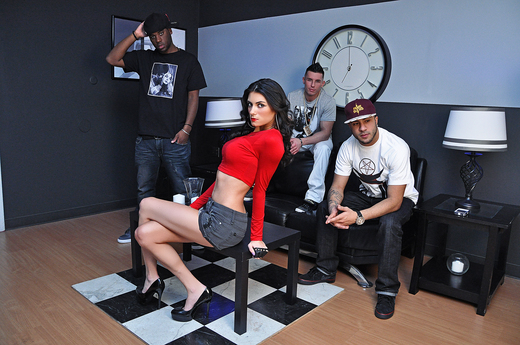 DaCav is an eccentric group of extremely fun individuals. Consisting of B-Roc, Mikey P, Kristyn and Michael Cartel, these Philly natives have the lively personalities to back up their addiction to getting the party started! Starting off back in 2006 by winning the Philly Idol Competition, they knew the road for them had just begun.  Since then they have been moving upward, performing with the likes of Rihanna, Cody Simpson, Pussy Cat Dolls, Alicia Keys, Justin Bieber, Maroon 5, Black Eyed Peas, and Flo Rida, just to name a few. They have also received the MTV Video Music Award for “Best Breakout Philly Artist” and were featured in and wrote five tracks for the feature film “Standing Ovation”.  Coming off the success of their recent releases, “Dirty Style”, and their EP “Party Mode”. which Includes chantey songs such as “Na Na Na” and “To The Sky”, DaCav is a necessity for any get together! Their new single "Tug of War", a song produced by super producers Mr Mig and Mike Rizzo, is now available on iTunes!! Look out for them, the sky’s the limit for this group.