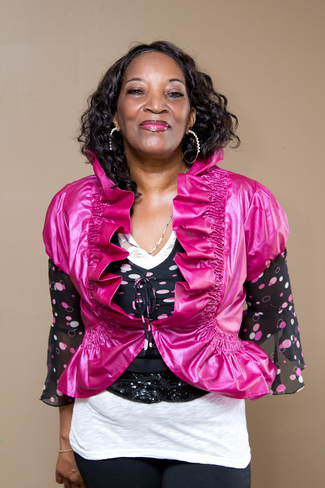 E’Lee is an accomplished singer/songwriter and guitarist in the Christian, Gospel and Spiritual music genres. Exhilarating, moving, and enlightening audiences with her creative blend of soft melodies, gentle truths and gospel honesty, E’Lee's music reflects a broad spectrum of life's trials and tribulations with bold clarity and authority. She contributes this to her also being a licensed minister of the gospel along with her love for evangelism.

In a clear alto, with unblemished intonation, while hitting “high C’s”, E’Lee goes straight to the lyrical and emotional truth of every word and every note with raw abandonment. Her interpretations and takes on home, childhood, working and church are often seen in her music with “tell-it-like-is” lyrics. E’Lee’s narratives sink deep into our senses and command us to return again and again to listen to her music as she gives us insight into the mind and heart of God, often from her own personal experiences.

Unlike many solo artists, this artist also accompanies herself on her acoustic/electric guitar which she, although self-taught”, contributes to the Holy Spirit for teaching her.  E’Lee writes her own lyrics and creates the melodies on her guitar which she says is her constant companion.

E’Lee released her Christmas single titled “It’s Christmas” in December of 2011 featuring the talented Sean “Lyriq” Matthews, as an independent release.  The song has intonations of loneliness during the holidays, but has a wonderful surprise at the end. The single can be downloaded from iTunes, Cd baby, Tune Core, Amazon and a host of other entities.

Also a published author of “Believest Thou This” and poetess “All Other Ground”, E’Lee has appeared on TV and radio for interviews establishing her roots as a multi-talented artist.  Although she resides in Michigan and prefers to stay close to home, E’Lee has performed in various states including Georgia, Florida, and North Carolina.

After over 20 years in various cities and states as a performing singer-songwriter and guitarist, E’Lee released her debut CD in late 2012 titled “JOY RESTORED” which is filled with fire, love and the wisdom of God.  The CD boasts titles such as “That Thou Would Bless Me Indeed”, “You’re Never Alone”, and “You Didn’t Have to Love Me” just to name a few.  This will be a CD we will surely want in our music collection.

Although E’Lee is a mature woman and has been singing and performing for a great number of years, her music appeals to our youths who constantly compliment her music and comments that they want to learn the guitar and play like her.  E’Lee has a God given talent to be reckoned with and we hope will be around for years to come.