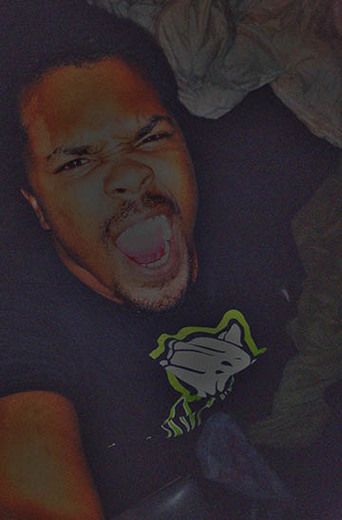 Bradley Ervin Shaw Jr aka "Gatti Sikk" was born January 29th 1992 in Fayetteville, North Carolina. "Sikk" grew up in a household with him being the youngest. His father, his mother and two older sisters. First time picking up the mic was at the age of 2 in which it was also his first music video, rapping to the famous "Tootsie Roll" by 69 Boyz while his 2 sisters danced in the background (the video still floats around of this recording.) Sikk didnt start getting into making music until he was 7 years of age. His urge to make music came from the late Tupac Shakur. After a few years of juggling school, music and football, Sikk decided to give up his football dream and focused more on his music. Age 12 is about the time Sikk really started pushing himself to make better music regaining his inspiration through rapper "Lil Wayne". Even when put down about his music he continued 2 push hard releasing 5 mixtapes.  "Carolinaz Most Wanted" (2009)," Carolinaz Most Wanted 2" (2010), "No beat Is Safe" (2010), "Free Verse" (2011), and his newest project "The Diagnosis" released late January (2014). Sikk along with Toonz and Quailz formed their own label "King Kong Entertainment" (KKE) joining together their freshmen year at Jack Britt High School. Sikk went on to join the Army after graduating, getting stationed in Fort Drum, Newyork. Sikk watched as the other artist had the upperhand over him coming up in the rap industry and wanted out to flurther his music career alongside his brothers. Sikk has no particular flow he sticks by, he's the type to bring his feelings to the beat and let his heart do the talking. From slow joints, gangsta rap, life experiences, hood bangers, party joints, an etc. It jus doesnt stop with him. Sikk has the lyricism and drive to become one of the greats, the only thing missing is the right set ears. Sikk has worked with a variety of producers ranging from johnny julianno to lexi bankz, making sure to leave his mark on every project. Since starting making music; sikk and his music has grew a large audience across the world including the US, Canada, UK, and even in Australia. Sikk has never been the type to be phased by critisism because he says "I am my worst critic, and i have many. But when critisism comes im ready because i study over my music for weeks before even recording and even after the recording theres still things i dont like. But thats how it is when you're recording, mixing n mastering all of your music plus the labels music". Sikk has true talent behind his words and will let noone tell him otherwise. Sikk says he will continue to push out new and better music for all his listeners and supporters until he feels as if he is at the end of his rope and he hasnt lied; bringing us listeners his latest mixtape "TheDiagnosis" which can be found on datpiff, itunes, amazon & cdbaby. Sikk plans to leave not only his mark in the game but the entire King Kong Entertainment label.