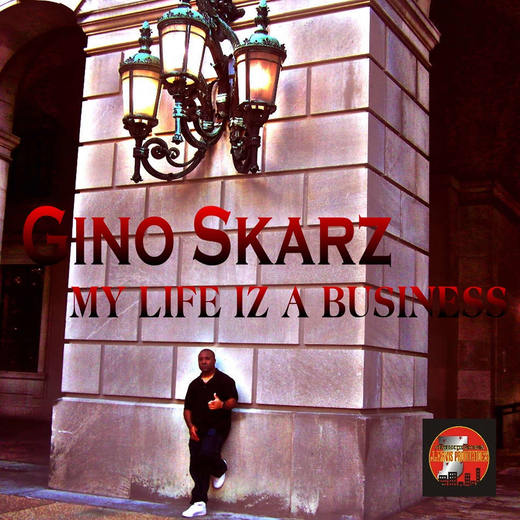 Originally born and raised from the Northeastern region of the East Coast, Gino Skarz was inspired to write his own material by age 12 since being influenced by many great musicians in a variety of genres and popular hip-hop artist of the late 80’s and 90’s eras. As a teenager, he had become an avid record collector and would dub as much music that would fit on a standard cassette tape played by radio stations throughout the Northeastern seaboard; all while honing in on his own songwriting abilities while developing an ‘ear’ for producing beats. With a few of his family members being involved in the local music scenes in such states as Connecticut, Rhode Island, Massachusetts, New York and other ‘Tristate’ locations, he could observe his uncles band performances and his first-cousins live DJ showcases. It was through his uncle and first cousins’ recording studios where he had gotten his first experiences recording vocals over beats; as this further enabled his passion to producing his own demo recordings. Gino Skarz had generated a buzz passing out demo tapes to family, friends, and classmates while doing local performances throughout his junior high and high school years; in which eventually led him to performing at house parties, local clubs, and venues within the ‘Tri-states’. It was through his own initiative and networking that led him to meet many local DJ’s and producers who had their own recording locations that enabled him to produce many more songs on cassette, and eventually CD’s. Still striving to become a popular artist throughout the local region, he eventually ended-up joining the U.S. Army as a career choice instead; in which shifted much of his focus, passion, and commitment to establishing himself as a hip-hop artist. However, this only lasted a short duration as he had decided to continue writing songs and recording music whenever the opportunity permitted; as his determination to produce his own music led him to learning more about music production, audio engineering, and building a home recording studio. It was at this point in his life where he was completely satisfied that he had found a way to record, produce, and write as much as his mind, body, and spirit allowed; which further led him to wanting to learn more about the music business in general. Without any real connections in the industry, no direction, professional guidance, and lack of knowledge about how the industry actually worked; he instead continued to pursue music as a passionate endeavor. The challenges of being an artist didn’t stop Gino Skarz from wanting to make music since it wasn’t something that he perceived as a career choice since the days of his youth; as music was an really an ‘outlet’ for him to express himself, share his many life experiences, and present his musical talents to the world. Originally his pseudonym was ‘Stratagy’, however, in 2004, he had decided to change to ‘Gino Skarz’ since the name seemed to possess more meaning behind it; as scars can be a symbol of what a person has been through or endured; and Gino is a nickname he was donned since childhood.