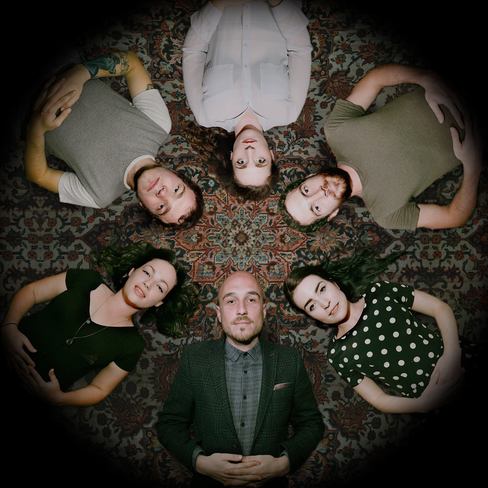 Grand Tradition are a collection of musicians from Cardiff put together and fronted by Anthony Wickham.

Priding themselves on their eclectic songs, groove based rhythms and jazz styled chord progressions, they are inspired by the likes of Steely Dan, Stevie Wonder and Ry Cooder, taking their contemporary pop edge from Foster The People, Michael Jackson and Phoenix to name but a few.

A rough pre-band demo was released last year created by Anthony and friends which unexpectedly received plays from BBC Introducing, Nation radio, Amazing radio and others.

Recently a full band has been formed and they’re on the cusp of releasing their 1st 5 track e.p. produced and recorded by Nick Brine (Teenage Fanclub, The Darkness)

Separately they are Anthony, Cat, Llew, Erin, Django and Beth. Together they are Grand Tradition.