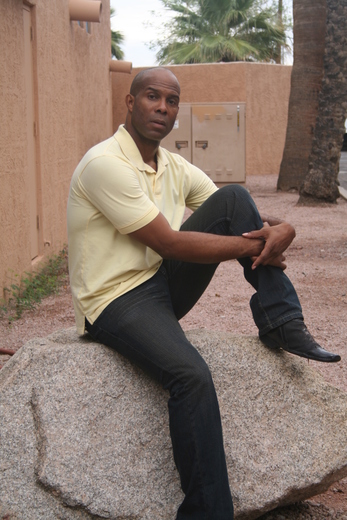 One of my earliest memories is of me singing to large audiences. It’s always been my dream and enduring passion. I recently “left my day job” to become a full-time singer/songwriter, actor, author, consultant and someday inventor. On the way to this new life, I spent 24 years on active duty and four years a cadet at the Air Force Academy. It is certainly an unusual path for a “creative type” but I treasure my time in uniform. It has helped shape my core values: faith in God, service to the community, sharing, respecting the differences in people’s ethnicities and culture and a commitment to hard work.  While in uniform, I toured with the Air Force’s “Tops In Blue” and performed all over the US and parts of Europe. The tour experience stirred in me a desire for more. Later in my career, I was stationed in Los Angeles and began to expand my performing into acting, improv comedy, voice-overs, musicals, print work and I sang at every type of national sporting event (NFL, NBA, MLB, NHL, WNBA, NASCAR, NCAA). That wasn’t enough to satisfy my appetite for performing, and I began to record songs, audition for Broadway and perform as much as I could while in uniform. This passion for the arts has rubbed off on 3 of my five kids who are doing very well in the entertainment industry in LA.

If you ask me where I’m going, I am trying to find out how high the ceiling is for me as a singer/songwriter, actor, author, consultant and inventor-in-waiting.  I plan to share with you, all my gifts and passions as I journey more deeply into my creative life. What type of music do you sing? Anything that uplifts encourages inspires. So that might be a gospel song, the national anthem, a tribute song to the Tuskegee Airmen, a song from a movie soundtrack or Broadway show or a non-explicit love song. My acting projects and the things that I author will follow in this same vein. My hope is that is that as you catch me doing any of things I’m doing that I will inspire and encourage you.