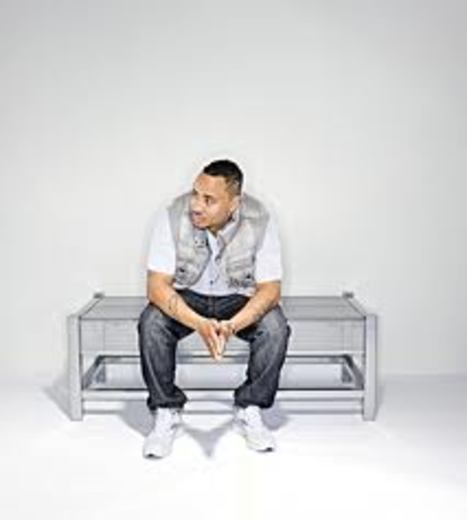 JonDoe born Andre Fortier on January 3, 1983 is a California native, raised by parents actress Dwan Smith (co-star in Sparkle) and producer Nate Fortier (Freda Payne, Irene Stokes) who back in the day had their place in the entertainment industry. Growing up in a household with his mom an actress and father a music producer, it was only natural that Andre would follow this same path.
JonDoe, artist/songwriter, began rhyming at a very young age and was such a natural, that by age 5 he professionally recorded his first song Money talks but it just dont Walk. At 14 He became part of the group 4U which was signed to HDH (Holland Dosier Holland). This opportunity was a good stepping stone for JonDoe and propelled his interest in producing as well. Soon after, he began producing demos for local acts in his city.
While in college, inspired by two of his artists (Dawn Moldonando and YG BOMBRIP) he decided to start up his own production company, Star Quality Entertainment. In 2003, JonDoe put out his first independent compilation titled KrazyGlue. This compilation featured all of his musical family. In the summer of 2004, he dropped his 1st mix tape entitled Why you aint put me on it Vol 1. After graduating in 2006 with a B.A. in Mass Communications, Doe got back on his grind, working with artist; Devonte Swing, Naturi Naughton, Shorty Mack (signed to Ray Js Knockout Entertainment) and platinum recording artist Lil Zane just to name a few.
JonDoe has perfected his craft and has a unique style and street swagga. His lyrics are bold and smooth, catering to the ladies and the fellas. Recently, JonDoe had his music placed in Kourtney & Khloe Take Miami and Bad Girls Club He is currently working on his mixtape and album both slated to drop in 2011. He is collaborating with various artist (Rich Rick and MajorArtist Ent, O.N.E., AD, Irak, and Felissa Mirasol) and writing with various producers (Ghost Kasen and 7 Aurelius, Prince Maestro, Dre Knight,Buzo. On Air Personality BB Desire loves this single. Urban Entertainment Radio says: "JonDoe Freaky In The Club track is poppin. The production is crisp and the hook is definitely poppin". With his club banger Freaky In The Club, in heavy demand, JonDoes star is continuing to shine. Jon Doe, is winner of the R&B category in Shiekh Music’s Rip The Mic Tour, he is the new face in the music industry that is ready to take R&B by a storm. His bold yet sensual sound makes you want to listen to his music nonstop.