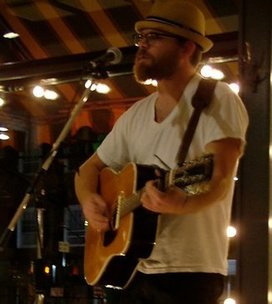 With earnestness and conviction, Lost Companion blends folk, blues, country, and bluegrass, creating its own version of Americana.

Lost Companion was formed in 2011 as a solo project by singer/songwriter Joe Gualtier, co-founder of the Folk/Americana group West of the Shore. Moving forward as a solo project, Lost Companion leans on early blues and roots music for inspiration, and brings along the raw dirt and grime that comes with it. Taking past experiences from the road, Lost Companion paints a picture of America that is both heartfelt and lonesome, filled with the joys and troubles we can all understand.