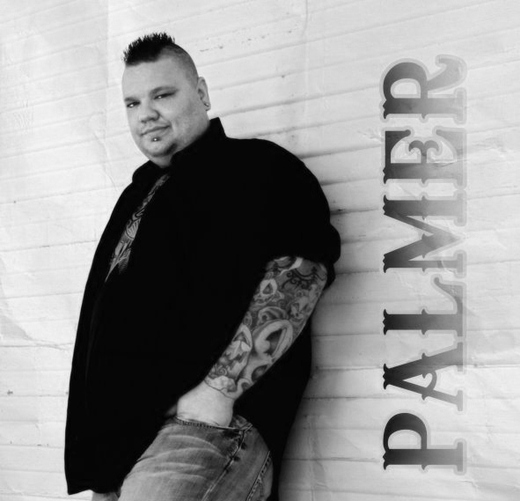 Don't let the tattoos, piercings or mowhawk fool you; Palmer's roots are firmly planted in country music. He is the 2011 Louisiana state winner for the Texaco Country Showdown. Palmer is more than a singer and a songwriter. He is an entertainer.

Just for a minute forget what you know about country music. Palmer will be the first to admit right now the music on country radio sounds so much alike. Aren't you ready for a new sound though? Palmer is not your same ole, same ole country singer! His high energy shows, along with his pary atmosphere and songs, are just what the doctor ordered for a good time. Mixing in the influences of his past and present in many different genres, Palmer has found a sound that is truly his own. Palmer and his band currently tour the southern states, but are always looking to venture out farther. Hold on tight...this ride is just getting started!

Palmer is out of Northwest Louisiana providing premium entertainment that plays the best of today's country and yesterday's favorites, while adding his own originals. He put together a band in 2005 and has been performing over 150 shows per year. This is a group of both veteran musicians and fresh talent that has become a favorite at many of the local venues in the Shreveport/Bossier City area. Additionally, they have played regional establishments in Texas, Arkansas, Southern Louisiana, Mississippi and numerous other parties and receptions.

"My name is Billy DeVille and I am the Marketing and Entertainment Manger for Hard Rock Hotel & Casino in Biloxi. I also manage the Road House Live, one of the biggest Nightclubs on the MS Gulf Coast. We have Palmer play for us on a regular basis because of the high energy, natural charisma and great song selection. We can't wait to have him back." Billy DeVille Marketing and Entertainment Manager Hard Rock Hotel & Casino

"A fun, energizing band that keeps the place hopping. They have a versatile approach to entertaining and interacting with a crowd! Our guests always have a great time when Palmer and the guys are on stage." Mimi Floyd Marketing Manager SAM'S TOWN MARKETING

"This is by far one of the most entertaining, energetic, electrifying and multi-talented group of musicians in the Southern Region. Each and everytime they play in our room the crowd is pleased and begging for more." Tabatha H. Taylor Booking Agent ELDORADO CASION RESORT

"Rarely is a band able to entertain age groups that span from 21 to 70 but they pulled it off. They are very professional and easy to work with. I recommend them to anyone who wants to book a great band." Dedren Bailey Advertising & Entertainment Supervisor BOOMTOWN CASINO & HOTEL