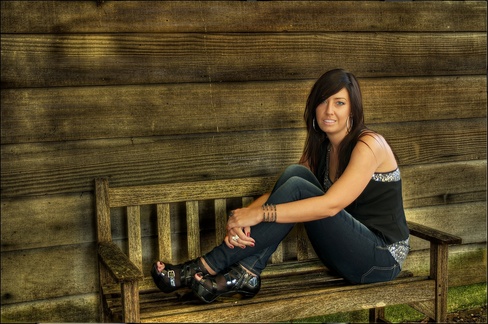 Born and raised in Historic Southern Maryland, Stephanie Williams' roots are deeply planted in a heritage rich in integrity and strong moral values. With the November 24th, 2008 release of her first Single "Real Fire" Stephanie is fulfilling one of her lifelong dreams! Since her early childhood, Steph has always had a love for music. As a student, she enjoyed playing in the schools orchestra and marching band. However, her true devotion was performing in the school chorus. Early on, Stephanie was inspired by the music of Patsy Cline and Loretta Lynn. As her understanding and respect for music grew, so did the list of musicians whose work would further inspire her. That list includes some of the biggest country female vocalists on the circuit - Martina McBride, Faith Hill, The Judd's and Deanna Carter. Additionally, classic rockers such as Fleetwood Mac and Eric Clapton would broaden her appreciation of music. Putting this album together has given Stephanie the opportunity to work with some of the big names in country music. Producers Robert Metzgar and Tony Migliore, musicians Sonny Garrish, Hank Singer, Jerry Croon, Jimmy Carter, and Chris Leuzinger - all played a role in helping her achieve her dream. Stephanie began working on "Real Fire" in May 2007. The album includes songs that let her tell her story through the gift of music. With humbled beginnings, Stephanie has always dreamed of "making it big." With her strong voice and determined will Stephanie is proving to be one of the biggest and best performers in Country Music.