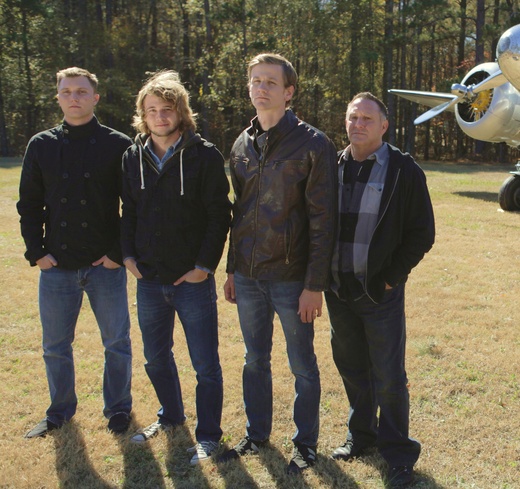 Skyview consists of Evan Smith on guitar/vocals, pianist Levi Smith, bassist Peter Smith, and drummer Jay Stewart.
With four years in the making, Skyview is the sound of flight, a thrilling atmospheric indie-band. Their Album title is, "The Sound of Flight", the band has been working on this album at Full Sail University and with experienced engineers. Skyview is known for it's anthemic melodies, inspirational sound, and dramatic intros. Live shows are very energetic as the band builds to a height with waves of intricate layered loops and instruments. The piano parts by Levi are very soothing and heroic. Evan's guitar influences are mainly from atmospheric bands like "Explosions in the Sky" and "Angels and Airwaves". Adam's bass lines are marked by skill and shaped to exemplify a strong European sound. Jay's drumming style is marked by experience with over 25 years of playing rock music. Album Release of "The Sound of Flight" will be in June of 2012.