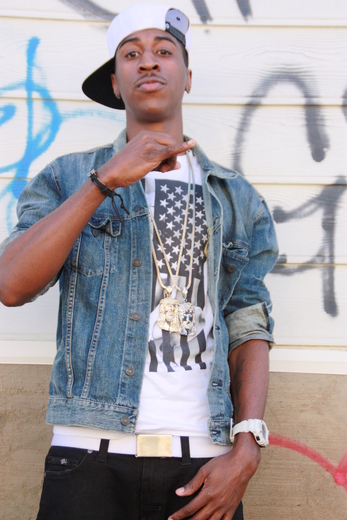 Young Nova was born as Lee Anthony Thompson on October 3rd 1987 in the inner city of Buffalo, NY. Nova’s interest in sports, especially basketball, helped to keep him off the streets.

In 1999 Young Nova discovered a new passion.  Wanting to purchase Eminem’s ‘Slim Shady’ album, but not having the funds, Nova was issued a challenge to write his own rhymes.  Rising to the task, not only did he earn his prize (the album), he developed a talent for writing and has been doing so continuously ever since.

Young Nova attended Niagara University, but decided to take a hiatus in order to focus solely on pursuing a career in music. Making the move from Buffalo to Atlanta, known for its thriving music scene, was his next step towards furthering his endeavors. This transition has afforded the promising new artist many formats to showcase his talent.

Young Nova’s hit single ‘See You Smile’ has received rotation on Wrfg 89.3 FM Atlanta and on his hometown station WBLK 93.7 FM Buffalo. In addition, ‘See You Smile’ garnered a good review from De La Souls’ David Jude Jolocoeur. His single ‘Tour Guide” has received spins at Scores All-Star Sports Bar in Atlanta Georgia and Ozone in Covington Georgia. Young Nova was the featured artist on The Mogul Minute show on 9/20/11. Young Nova received a standing ovation from Yung Money producer Tim Royce for his lyrical ability. Hamilton Park's lead singer Anthony gave Nova props for his "Didn't I" song and stated "This record goes hard"! His songs "Refuse" and "Kick it" was used for the Lady Eagles of Covington Georgia theme song in the 2010-2011 season. He is also featured on the following mixed tapes:  ‘the coldest winter ever’, ‘Buffalowe’, ‘FiF Floor Takeover Vol. 1’, ‘The Pre-Element’, ‘The Come Up’, Academically Dismissed’, ‘Pillow Talk’, ‘Lake effect warning Vol. 1’ and DJ Case’s upcoming CD (over in Germany). His latest single "Tour Guide" is the featured song on http://www.katrinaphotoservice.com/galleries/covershots.

Nova has been a strong contender in many on-line competitions.  He finished 5th, out of thousands, in mtv2’s Addicted to Noise contest accumulating over 150,000 votes. Young Nova was also on Flagrantcity.com as a featured artist. Young Nova has over 30'000 Twitter Followers.He has over 15,000 fans on myspace.com and over 1,000,000 plays and profile views.  Young Nova can also be found on youtube.com where he has over 275,000 plays. On Ludacris’ wemix.com website, Nova is ranked as the 35th most listened to artist out of 72,000.Nova has been featured on many hip-hop blog sites getting high praises for his remarkable songs and lyrics.

He released his debut mixtape ‘Gatorade Bath’ on February 8th 2011, which was the number 1 mixtape on the hotnewhiphop.com and held down the spot for several days. He is currently writing for his debut album. This gifted young composer has also written and co-written R&B, Pop, Alternative and soft rock songs, for many artists.

At times Young Nova has been favorably compared to Fabolous. However, this up and coming  fresh new artist, known for his witty punchlines and creative flow, has a unique style and sound of his own that is destined to gain recognition in the very near future.