Artist Sign Up
The Adobe Flash Player is required to watch videos on this page
OurStage is all about setting up artists for success. We craft competitions and prizes not just as something to win, but something to help aid artists' careers. We give away cash, press coverage, high-profile opening slots, and much more... including the chance to appear on national television. Hear what some of our past winners have to say:

"When I won the ESPN Main Event Competition this past April it was just so surreal to me. I wrote this song ("Solemnly") for my EP Album Sometime in New York City Vol 1 at a really rough time in my life. My mother was suffering from breast cancer and I was just so distraught emotionally about my mom's condition. I wrote the song to lift me up emotionally and mentally, so for this very song to be recognized by ESPN and them getting the meaning of my song is satisfying to me artistically. It made me feel like this is why I decided to pursue a career in music, to really reach people with my words, and having your song played and picture on ESPN on the same weekend as the Mayweather/Cotto fight doesn't hurt either. I'm very grateful to OurStage for providing me the opportunity, I'm currently working on the follow up to my EP, collaborating with other artists on their projects, just staying busy. Again, big thanks to OurStage for all that they do. They are really looking out for independent artists who put out quality music by giving them a serious platform to be heard and offering life changing opportunities. You have to respect that." 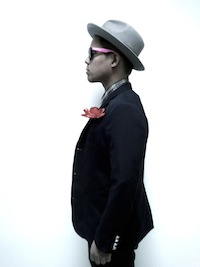 "Since winning the OurStage.com National Warped Tour Competition, life in one word has been crazy. One of the many things OurStage has given my music is platform to be seen and heard. To win a national spot on a tour like Warped is a great example of the many opportunities OurStage offers independent artists who are looking for that chance to succeed. I'm ready put my stamp on that OurStage.com stage. It's going to be special...each and everyday." 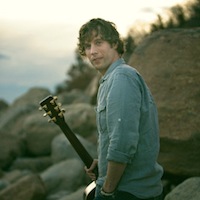 "I just wanted to take a few moments and thank the wonderful folks at OurStage.com for everything they've done for me and my music career (and fellow indie artists all over the planet). OurStage gave me a bunch of exposure and prizes when I released my debut record in 2009 - but really the last few months have just been unbelievable. Songs from my upcoming release "Empty Seat On A Plane" have won the Finals in February and April, I won the Ernie Ball Folk competition and I've been selected to showcase for OurStage.com during the esteemed New Music Seminar in June! Since these wins in 2012 I've been selected as one of the Top 100 "Artists on the Verge" by the New Music Seminar and one of my tunes is being featured on a worldwide Tommy Boy Records release (June 19th release date). I've also accepted two incredible endorsement deals in the last few months (Stonebridge Guitars and LR Baggs Pickups). I have a feeling that the great recognition and exposure I've been given by OurStage has a lot to do with my recent successes. For that, I'm extremely and eternally grateful. :) Thank you for having a legit site where voting is fair and unbiased. Because of that fact, you are regarded as a trusted taste-maker in the music business and your recognition means something. And of course, thank you for the prizes. Let's face it, this music stuff costs a lot of money. Because of OurStage I'm able to afford a top notch PR Campaign for my upcoming record release. Thank you so much! Cheers to you, Jesse."

"The Columbia Records experience was priceless. I arrived at the Sony building and sat down with four execs, lead by Kathy Baker, Senior Director. When they played the first song feet were tapping and heads was nodding. Columbia was impressed with how much I had going on and they gave me advice about digital marketing and Internet buzz. It was a blessing to have a major label impressed by my work. They are going to give their A&R department and Roc Nation (a joint ventured with Columbia) my CD. I thank OurStage and Alison for giving artists like me a chance to further my career."

"Opening for John Mayer was incredible in so many ways. I'm a huge John Mayer fan... I love the way he writes songs, and how witty his lyrics are. Getting to open for someone who's so talented was really an honor. The whole experience was surreal, from showing up and sound-checking to performing and then to watching Train and John Mayer perform after me. The audience seemed to respond really well to my set, so that was exciting. Overall, the show left me incredibly inspired. Hopefully I'll be the one selling out arenas one day! I'd like to say a huge THANK YOU to my OurStage supporters. You guys made possible something I'd been dreaming about for years, and it means the world to me. I love you guys!"