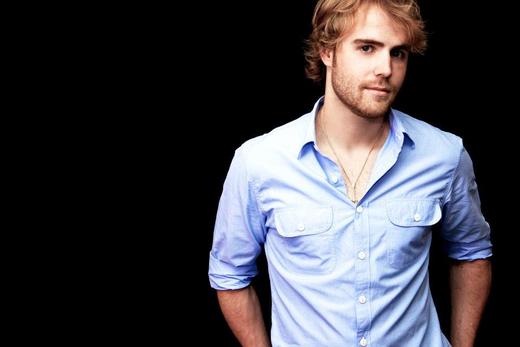 At 26 years old, it might seem strange to think of Country singer Adam Gregory as a seasoned veteran in the entertainment business, but the soft-spoken Canadian from Edmonton, Alberta, has spent more than half his life making positive, heartfelt Country music at a professional level. Signed to his first record deal with Sony Music Canada at only 13, Adam went into the recording studio and unknowingly embarked on a career that would propel him to success not only in his native Canada, but also the United States

In 2000, Adam officially released his debut album, The Way I’m Made. The release earned him a Gold Record in Canada and led to a pair of nominations at the Juno Awards for “Best Country Male Artist” and “Best New Solo Artist.” It also set the tables for a string of Top 10 hits on the Canadian Country music charts, beginning with the album’s first single, “Horseshoes.”

As it turned out, Adam’s career took off so quickly that no sooner had he learned to drive than the musical teen prodigy was opening shows for the likes of Alan Jackson, Keith Urban and Lonestar.

“I was touring pretty heavily through junior high and high school,” remembers Adam. “I'd take my homework on the road and then stand by the stage every night and sing every word to those artists’ songs. It was a great way to pick up a few pointers that I still remember and use today.

By the time he was 21, Adam had released three critically acclaimed albums (The Way I’m Made, Workin’ On It and Adam Gregory), garnered four Canadian Country Music Association (CCMA) award nominations and emerged as a bona fide star in Canada. With nearly a decade of touring and recording under his belt, the ambitious young singer decided the time was right to relocate to the Country music capital of the world - Nashville, Tennessee

Adam made the permanent move to Music City in 2006, releasing his debut U.S. single, “Crazy Days,” in 2008. The song proved to be a Top 40 success on the national radio charts and established Adam as one of the up-and-coming new artists to watch on the Country scene. The sudden success of “Crazy Days” grabbed the attention of prominent Nashville label Big Machine Records, which signed the rising star to a distribution deal that same year.

Adam’s follow up US single, “What It Takes,” was another solid chart success and spawned the singer’s first chance to star in a major motion picture. That opportunity came in 2009, when Adam accepted a role alongside John Schneider in the inspirational film, “WWJD” (“What Would Jesus Do?”), released in the U.S. in 2010.

Although Big Machine went on to release Adam’s Crazy Days album in conjunction with Open Road Recordings in Canada, a U.S. release never happened, and Adam left the label to focus on his songwriting and complete a series of tour commitments in his native Canada. Since then, Adam has focused on his songwriting and recently recorded a newer, more personal batch of songs

“Anybody who knows me knows that I’m a family guy first and foremost,” he says. “The music on this record reflects who I am and where I am in my life. It’s positive and refreshing.”