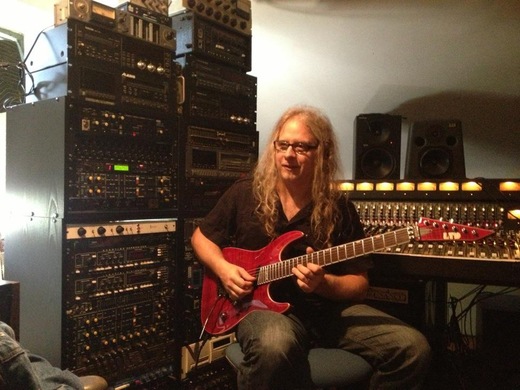 Robert Bussey is the creative force and sonic architect behind his guitar based progressive rock band Attic Symphony. If majestic soundscapes, propulsive riffs, soaring "kiss the sky" guitar lines and inspired, textured compositions are your thing, then you've come to the right place. Hailing from Charlotte, NC, the self proclaimed "Rock Guitarist With A Symphonic Flair" has two albums under the Attic Symphony name. 2004's self titled debut and 2007's C.S. Lewis inspired "Attic Symphony II - Cold Vast and Severe" which gives fans of Jeff Beck, Pink Floyd and progressive music in general, something to get excited about. 2011 looks to be a busy year as Robert plans a re-release of his 2001 album, "The Fault Line Dance" as well as begin work on the third installment in the Attic Symphony catalog that will be entitled "Attic Symphony III - The Moonlit Attic".