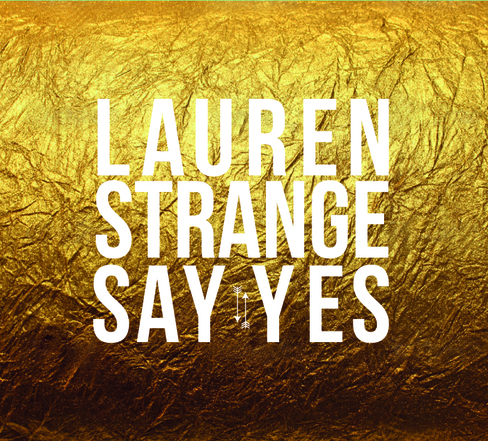 Lauren Strange grew up in Memphis, TN, where she began playing piano and taking classical lessons at the age of 6, and won her first award for songwriting at age 9, when she received first place in a school contest. She grew up singing along to recordings of artists from James Taylor to Aretha Franklin, and began performing at church with her mother, who taught her how to sing harmony. When she was 15, Lauren taught herself how to play guitar using her mother’s music books, and soon began performing locally with friends. She later attended The University of Memphis, where she met friends who recorded, engineered, and played on her debut EP, The Strange EP. She moved to Nashville after graduating college, and has proven to be an ambitious and versatile musician. She has taught private lessons in guitar and piano in Nashville, and also has also worked as a demo and background singer as well as a solo performer. Lauren met singer-songwriter Juliana Cole after moving to Nashville, and most recently performed alongside her and other musicians including Chuck Wicks, Phil Vassar, and Sarah Darling at the “Let Us In Nashville – A Tribute to Linda McCartney” benefit concert at the historic The Ryman Auditorium.

Lauren’s song Stronger from her EP won first place in the American Songwriter Magazine Lyric Contest, and her lyrics were featured in the March/April 2010 issue of the magazine. She was named a Regional Round Finalist in the Mountain Stage NewSong Songwriting Competition in 2010, finished fourth in the Intel Superstars Competition Country Category, and was named the Grand Prize Winner in the John Lennon International Songwriting Contest in the Country Category for her song “Jump.” She was also received the Lennon award in the Country category for 2010.

Lauren’s ethereal, crystal clear voice has received numerous comparisons to that of her idol, Alison Krauss, and she has received praise from many including producer Jack Douglas (whose credits include John Lennon, The Who, Aerosmith). Douglas says, “Wow, [she has] a beautiful voice. I was knocked out by [her] songwriting. I look forward to hearing [her] name mentioned around the studios as a “go to” songwriter and artist in the near future.”