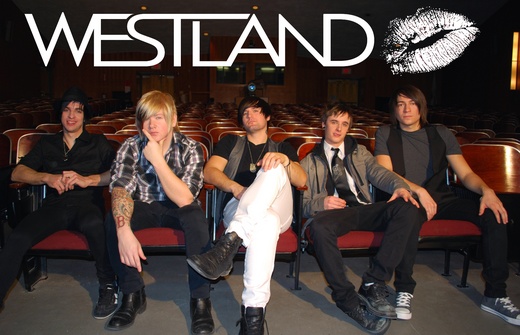 After two years of non-stop touring across the United States including Warped Tour '11, Westland has emerged as one of the most popular Independent Alternative Pop/Rock bands. Their independently released CD “Don’t Take It Personal” has charted three times on Billboard Heatseekers Chart, most recently as #1 in the Northeast from January 1 – 8 2011. Since June 2009 Westland has toured over 100,000 miles over 42 states across the US. Since June 2009 they have sold over 20,000 copies of their independently released CD "Don't Take It Personal". This band of old friends (and Berklee School of Music students) have dedicated the past two years of their lives to becoming one of the most recognized Independent names in Pop/Rock. Singer and Songwriter Aaron Bonus, and Guitarist Jon Cornelius have been playing music together for years. And with Nathan Harvey delivering the percussion Jeff Motekaitis the bass lines combined with the final touch of Matt Perreault's rhythm, Westland was born

This all starts with a unique Alternative Pop Rock Sound that crosses multiple genres.  Unlike many Pop Rock bands their music contains many elements that capture the listener immediately, which has been proven with over 20,000 copies sold of their independently released CD “Don’t Take It Personal” The unique vocals convey simple but powerful lyrics that the listener easily relates to.  Their full package of melody, chorus & hooks, from driving electric guitars to soul soothing acoustic guitar amazingly attract multiple genres. Unlike many Pop Rock bands their diverse high energy live performance gains your attention immediately. Their above average work ethic and musicianship combined with their love of music and their FAN BASE  which they constantly interact with has set them in a position to EXPLODE in 2011.