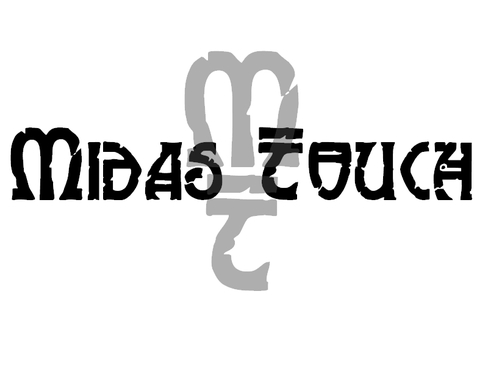 Midas Touch, a classic lined-up Guitar-Rockband celebrate the spirit of Rock by using Blues, Folk and Grunge elements since 1999. The band..s members are living in Germany and Hungary. Each of them living near the river Danube, the vital line of peace in Europe. So lots of different influences play a role in the songs of Midas Touch. Never throwing an eye onto Mainstream music, but catchy, psychedelic, melancholic and sometimes powerfully rocking songs. The band loves to give Live Shows most! Midas Touch are writing and recording their songs in Hungary where all their influences come together: First of all it is Rock, then Rock and then once again Rock. They catch fire by visiting concerts with traditional Gypsy-Folk-music. They had their biggest partys in the 90..s with the music of the great Seattle Bands. All of the Midas Touch musicians grew up with Blues music.

The first guitar tunes Kriki Szabo (guit.) played, were those of Jimi Hendrix and Jimmy Page. Therefore he loves his "Les Paul" Guitar. By the way he is a porcelain artist of the classic school. One of the members of Europe..s finest Led Zep tribute bands "Zep Session".

Chris Schöning (voc.) started with songs of the legendary 60..s Rockstars Mountain and Cream and came to Brian Setzer and Eddie Vedder. As Rock DJ he was well known in the local scene. He started to write his first songs in a Blues Rock Band. Now he is a psychiatric ward and singer of Midas Touch. Christian Hau is the more "Fender"- fixed guitar player, complementing the sound of this german hungarian Rockband. He loves Metal! He harmonizes with Kriki..s guitar playing like noone else. On bass guitar is another hungarian friend, Balazs Cseh. He represents the Led Zeppelin - John Paul Jones like influences, but is a very eclectic musician. He also was a member of "Zep Session".