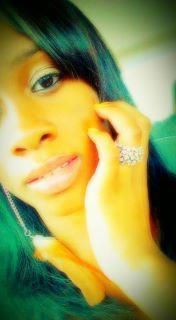 This R&B/Pop teen diva carries her hometown in her heart, with hopes to one day work with her hometown idols, Lil Wayne and Tyler Perry. She leaves it all in the studio, sharing love, drama and issues that, at one point in time, we all have experienced.

Diamond Nicole Gilchrist (born November 10, 1995 in New Orleans, Louisiana), better known by her stage name Dee Nicole, was born to be an entertainer and is no stranger to the entertainment industry. At the age of 5 she began formal dance training with The New Orleans Children’s Ballet and, at the same time, she became the JV captain of The Dancing Angels cheerleading squad. She auditioned for the Anthony Bean Community Theater and landed a role in the theater’s feature “Soulville”.  By age 8 she had an agent and landed job after job.

She has worked as an extra in such movies as, "Big Momma's House II" with Martin Lawrence, "Last Holiday" with Queen Latifah and LL Cool J, and "Failure to Launch" with Sarah Jessica Parker, as well as a USA made for TV movie, "Frankenstein". She also has had roles in several television commercials, music videos and performed in numerous stage plays including “The Nutcracker Suite” with The Jefferson Ballet Theatre.

She and some friends formed the dance trio, “Divas Supreme” and performed for numerous celebrities, including Debbie Allen, Raven Symone and Choreographer, Dave Scott in Hollywood, California. Debbie Allen awarded the trio the first place plaque for Best Hip Hop Dance, and then told them they needed to start singing.  Dee Nicole took her advice and embarked on a new journey upon returning to New Orleans; she signed up for vocal lessons.

Two weeks later, Hurricane Katrina destroyed her city and her family relocated to Nashville, TN. She was 9 years old at the time and was devastated that all that she knew was no more. Hurricane Katrina failed to slow her down. She continued on her arduous journey to superstardom. In September 2005, she signed up for the Stars of the Future Citywide Talent Search in Nashville and won 2nd place.  At age 11, she performed with Class Act Studios in the “High School Musical” stage play. She continued to perform with dance teams and her performances are too many to name as she continues to add to the list.

In April 2010, at the age of 14, Dee Nicole found herself as a backup dancer for a local Nashville artist, performing at local venues and has opened for performers like, Travis Porter, Ray J, Soulja Boy and The OMG Girlz. She also made an appearance on BET's Wild Out Wednesday in New York City. Her desire to showcase her talent as a solo artist became a reality when she performed at her high school’s Choreography show in 2011. Although there were other dancers on the stage, her charisma and poise stood above the rest and the spotlight was all on her.

Dee Nicole realized that she wanted that spotlight back and she’s ready to shine!