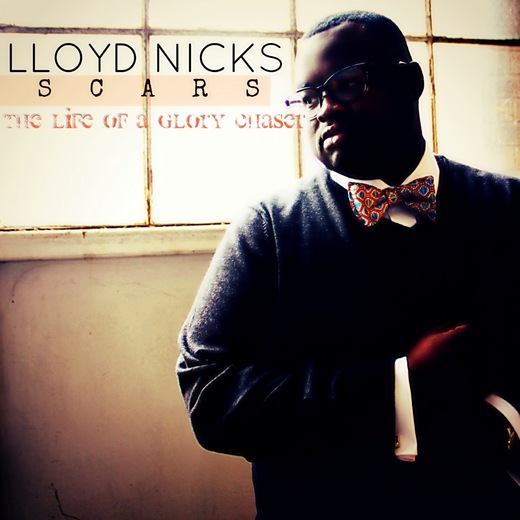 Lloyd Nicks Jr. is a bold worshiper, phenomenal vocalist, and prolific composer. Lloyd has held vocal positions throughout his secondary and collegiate years as a Gospel Choir President, Choir Chaplin and Student Conductor. His commitment to his artistry is reflected in his relatable, inspirational, and unique music style. Let’s take a look into this new young talent-Lloyd Nicks Jr. life journey.
Lloyd the younger of two children, born December 1, 1989, grew up in the small mid-west community of Cahokia, IL. He began his classical studying and training at the age of 15. His roster of accomplishments while attending Cahokia High School included but is not limited to: recipient award winner of several vocal competitions, Gospel Choir President and performances in Advanced Choir. Lloyd is earning his bachelors degree in Vocal Performance Arts at Greenville College. As a student at Greenville, Lloyd’s anointed ear, voice and talent helped him to attain: A- Cappella
Choir, Chamber Sings, Choir Chaplin, Student Conductor, Vespers Worship, and President of Greenville College Gospel Choir. At the age of 22, he was the lead tenor soloist for Handel’s Messiah (the Baroque-era oratorio, a musical rite of the Christmas holiday season)

Influenced by his personal life experiences and irrefutable relationship with Jesus Christ, Lloyd emanates assurance in his prolific lyrics. (insert country music award title and year won). He was the opening act for American gospel music singers Tyrone "Tye" Tribbett and Kierra “Kiki” Sheard. As a vocalist Lloyd lures you in with his anointed, powerful and unique voice. As a composer he captures the heartstrings of his listeners with his relevant and soul stirring lyrics. “The more I worship, the hungrier I become for worship, and this is what compels me to write the way I do,”says Lloyd Nicks Jr."

Lloyd Nicks Jr. is the newest artist signed to Tragan Records, Inc. with his debut album, Scars-The Life of a Glory Chaser expected to be released spring 2013. From 2012-2013 Lloyd released three singles under Tragan Records: Seek Your Face, Love Again, and the most recent Fly, which all can be purchased on iTunes, Amazon, Spotify, and Google Music. Lloyd Nicks Jr. psalmist, worshiper and vessel of God bringing a fresh, anointed, exceptional style of music to the world.