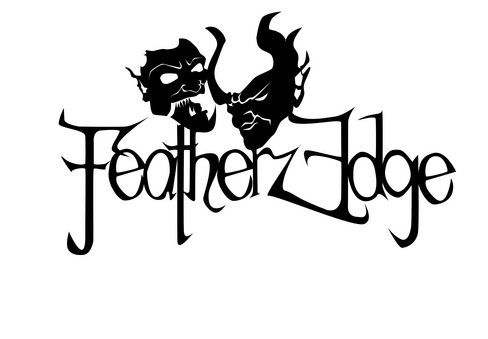 Since the group’s creation, Featherz Edge is continuously striving to reach new heights of success. Combining many different elements of rock, ranging from light acoustic, to grunge and metal, Featherz Edge has managed to create a unique and vibrant sound, clearly defining the group as a force to be reckoned with on the Vancouver music scene. The band has since begun to attract a dedicated fan base, along with notable attention from those involved with Canada’s music industry. "Featherz Edge has a loyal fan base in Vancouver and has a solid foundation built on professional players. With the right team, watch for them to take off." - Todd Hancock Afternoon / Rock Report Host CFOX Vancouver B.C. In 2006, the group began work on their debut album “Livid.” The album was recorded in three separate sessions at Ear Art Studios in Delta, BC, with local indie-rock producer, Tim Neuhaus. As the band continued to develop and grow throughout this lengthy recording process, “Livid” came to feature a diverse selection of music. This includes the heavy-hitting rock tunes of FE’s early days, such as “Difference,” the softer sounds of “Darkness” and “Feile’s Song,” as well as more complex tracks, such as “Séance,” which emerged later in the group’s career. The result of the band’s labours soon became apparent with singles, “Illusions” and “Quiet for the Moment.” “Quiet for the Moment” features the vocals of Kyle Gruninger of Incura (2008 Fox Seeds Platinum Winners), and is often played on several Vancouver radio stations. The song was in fact added to full rotation on Evolution 107.9FM (BCIT). “Quiet for the Moment” has also been featured numerous times on 99.3 the Fox (Vancouver’s foremost rock radio station), receiving air-play on “Indie Night in Canada,” and on the “Rock Report” with Todd Hancock and Danger. The band was featured on CTV (National Television) on “First Story”, a show dedicated to Canada’s First Nations. Belina is a full status Native Canadian. In 2008, Featherz Edge submitted a demo version of “Livid” to Music Producer/Engineer Garth “GGGarth” Richardson (Rage Against the Machine, Red Hot Chili Peppers, Rise Against, etc) for the producer’s demo contest. Although hundreds of prominent Vancouver bands entered, Richardson chose Featherz Edge as the winners. The band has five new songs in the pre-production stage and will be heading into The Farm studio to record a new single with Gggarth. That same year, Featherz Edge entered 2008 Fox Seeds, placing within the top 20 of hundreds of talented Vancouver bands and artists. Featherz Edge is actively pursuing their musical careers. Currently, the band is continuing to bring “Livid” to new audiences, both locally and internationally. The group seeks to broaden the scope of their music, while maintaining the vibe that has brought them to their current standing. With an ever-developing blend of different tones and styles, Featherz Edge will continue to rise. “We’re making music that we enjoy. We will continue to grow as a band and reach new audiences.” – Tanner Belina (Vocals). LIVID is available on itunes for download or the hard copy album can be mailed to you for $10. To have the 10 songs emailed to you send $10 through "paypal" to featherzedgemusic@gmail.com FE's full length album "LIVID" featuring these 10 songs: 1 DARKNESS 2 WINTER 3 QUIET FOR THE MOMENT CLICK HERE TO REQUEST ON 99.3 THE FOX VANCOUVER This song features Kyle from INCURA on backing vocals. 4 SEANCE 5 DIFFERENCE 6 ILLUSIONS 7 DIVIDING WORLD 8 FEILE'S SONG 9 THE GUEST 10 THRUSH Featherz Edge values the opinions of their fans! Please email the band with questions, comments or to ask about the music at featherzedgemusic@gmail.com. Featherz Edge thanks you for your support!