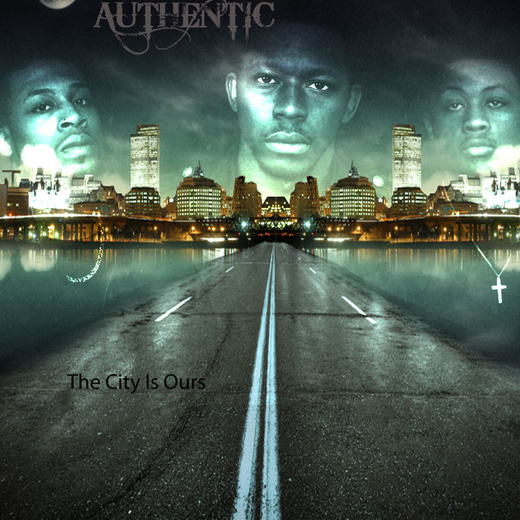 Authentic has been causing a stir in throughout Mississippi with their innovative styles. The group consists of Jay-R3D, of Mobile, Al., Doja Emmanuel, native of Chicago, IL, and Shiest D, of Centreville, MS. Since their formation in 2007, Authentic has seemingly proven to their peers that today’s hip hop is in desperate need for a return to its conscious rap roots. The release of their 2009 mixtape, Split Decision, garnered instant approval from their peers. The group’s hunger since then helped them create a buzz followed by two music videos for the singles, “I’m Busting “ and “Fall In”, radio play, and television appearances. With the help of social networking sites, such as Facebook and Twitter, the group received digital distribution from Island Def Jam for their single, Fall In. The recent release of their album, “The DEFinition Of…” has achieved over 1300+ downloads the first day of its release.
“Authentic, The DEFinition Of… has 3000+ downloads,” says Jay-R3D, “being a rapper in college ain’t easy.”
Being a rapper in college may not be easy; however, it illustrates something that is out of the norm for hip hop. Authentic has proven that college is not only an avenue for their music, but also vital to their future.
Shiest D states, “College is a good network because our colleagues are our future business owners and leaders. As we build our fan base, we are also building a foundation for our future success.”
If building a strong foundation is necessary for success, then Authentic has done so. The drive that they exhibit has continually increased their buzz, as well as opens up a window of opportunity for their future. Their future is bright. And it is Authentic.
« View This Artist's Complete Profile
Connect with OurStage: Facebook Twitter YouTube FourSquare Newsletter RSS feed
ADVERTISEMENT
?Need help?
Copyright © Amazing Media Group  2006-2022
p
A
n
E
F
Song Title by Artist Name