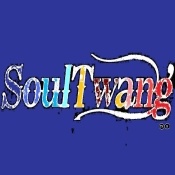 Eddie Cunningham is a los angeles native, grew up in East Los Angeles with a melting pot of Urban Street music, Oldies and Country Western and Rock-a-Billy. This record is the begining of the natural path Eddie has been longing to be on and these songs are the perfect vehicle for the star power of Eddie's powerful and soulful voice.  These are the songs of Eddie Cunningham and Jane Getz with Bobby Tucker at the helm and the guitar master of soul rock.  Getz and Cunningham write the lion share of the soulful tunes on this record. The SOULTWANG sound is Produced by Bobby Tucker, Jane Getz and Eddie Cunningham. These songs are pre-production clips of magic. the fully edited versions of these songs will be on the new SOULTWANG CD.  This has been a awesome journey and we are just getting going, so get on board the SOULLLLL TWANGGGGG.....This is the real deal and a new breath of fresh air, from one soul to another.

"Great soul artists are born, not made. Eddie Cunningham was born with the depth of heart, breadth of spirit, musicianship and vocal artistry to take his rightful - and very righteous - place among the greats. Now is his time.

Long known and respected for his award-winning talents as a singer, songwriter and producer of alt-country rock, acoustic ballads, power gospel hits and hillbilly trucker music, Cunningham has now allowed the innate soul artist in him to rise up and take center stage.

While all of his music is powerful, memorable and beautiful, the genre of soul provides the perfect vehicle for him to express his emotional and spiritual truth in new songs which, both musically and vocally, are his best to date."  -Carole Roth

PRODUCER, CO-WRITER,  BOBBY TUCKER -
Tucker is one of the golden ears of the audio revolution, merging both technical and musical skills. Whether it's production, engineering, post-production or remixes--Tucker delivers. Recently Tucker recorded India Arie's "I'm Am Not My Hair" which went number 1 and was nominated for a Grammy. In the traditional R&B genre Tucker has recorded and mixed many albums for "The Temptations" He also plays guitar on two Temptations albums Phoenix Rising (Multi Platinum) and "Ear-resistible" (43rd Annual Grammy winner 2000), Guitar and engineered for the Virgin/Blackground Artist "Tank" which went GOLD. In the Gospel genre, In 1996 he recorded for Kirk Franklin which also went platinum and won a Grammy. And also recorded the legendary Robert Randolph on his recent release on Warner Bros. He has engineered songs for major motion picture soundtracks including:Scary Movie, The Waterboy, Dr. Dolittle, What Women Want, Above The Rim, Deuce Bigalow, Exit Wounds, and The Master of Disguise. He has shaped the sound of such hits as Tupac Shakur's "Keep Your Head Up," "Pour Out A Little Liquor," "Dear Mama," and the remix "I Get Around." He also recorded and mixed Kurupt's "We Can Freak It" With Producer Battlecat. His flamenco remix of Angela Via's "Picture Perfect" displays his guitar and production skills. During two years mixing the On Tour television rock concert series for PBS, he mixed a phenomenal cross-section of major recording artists, over a hundred notables with a wide variety of needs including Sting,Tears For Fears, The Cure, Bruce Hornsby, Dishwalla, Indigo Girls, The Goo Goo Dolls, Beck, Joan Osborne, The Gin Blossoms, Bush, The Cowboy Junkies, No Doubt, The Verve Pipe, Poe, Rickie Lee Jones and White Zombie...... He has also made a mark in Latin music, mixing and mastering numerous artists for Ahi-Nama, Jimmy Maslin's noted Cuban music label. Bob and Jane are also producing and developing many new artists. Most Notably Joe Lara, Morgan Mills, Christine Rosander Sweet Baby Jai... Safe to say, Bob Tucker is always interested in new musical experiences and loves to merge the artistic and technical, which is why so many leaders in music production depend on him

PRODUCER, CO-WRITER JANE GETZ - Getz is an American jazz pianist and session musician. Getz learned classical piano as a child and began playing jazz at the age of nine. She lived in California early in life but when she was sixteen moved to New York City. There she immediately found work playing with Pony Poindexter and later performed with Charles Mingus, Herbie Mann, Stan Getz, Roland Kirk, Jay Clayton, Charles Lloyd, and Pharoah Sander
In the early 1970s Getz returned to Los Angeles and found work as a studio musician. She recorded country music for RCA Records under the name Mother Hen, and appeared on albums by The Bee Gees, Ringo Starr, Harry Nilsson, Rick Roberts, and John Lennon, among others. During this period, Getz wrote the title track for the 1973 Jimmie Spheeris album The Original Tap Dancing Kid
Getz went into semi-retirement from jazz at this period, but began playing jazz again in the 1990s. She was with Dale Fielder's quartet in Los Angeles from 1995. Her first jazz record as a leader, No Relation, appeared in 1996.