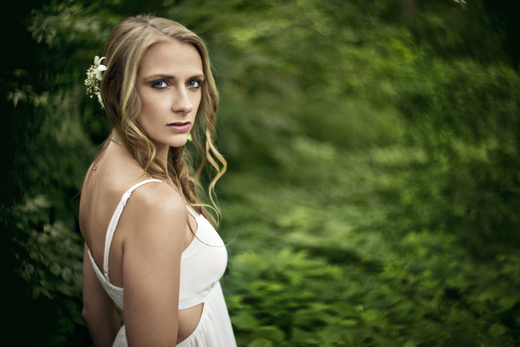 Debbie Williams is a singer/song writer from Rochester, New York. Debbie received her degree from SUNY Fredonia with a BFA in Musical Theatre, and a dance minor. After graduating she relocated to New York City to pursue her dreams. Debbie has traveled throughout the world performing and can more recently be seen playing the role of Summer in “How Do You Write A Joe Schermann Song?” The film won "Film of the Festival" at Raindance, and several other awards across the film festival circuit. Empire Magazine describes Debbie's work in the film as "vivacious" and claims that " Schermann's quest for perfection would fall flat without the beauty and soaring voice of Debbie Williams, who is destined for the top on the basis of this thrilling performance." Debbie is currently working on releasing her next single, as well as an EP leading up to a CD release. Debbie's mission as an artist is to bring truth and vulnerability to music in a way that can affect our youth. She wants to be a role model as well as a leader to make a difference in the world. Her music is so relatable and effective in a way that pulls the listener in and sparks hope. She wants to help people discover that they aren't alone in life and there IS good in this world and that we ARE the good if we let ourselves be. Debbie Williams strives to make a difference in music and effect listeners with her powerful voice and emotionally direct style of writing as an artist.