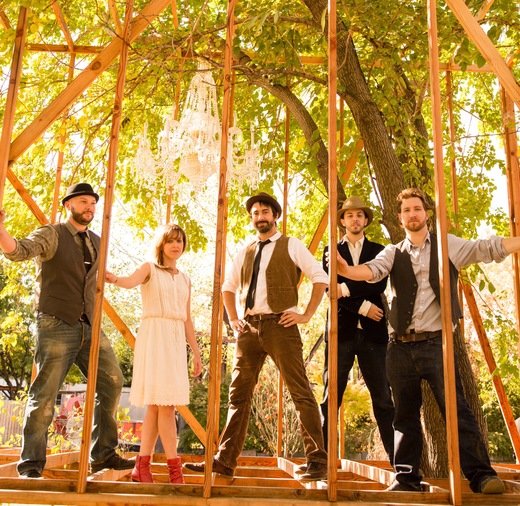 Greg Smith and The Broken English are a NYC-based folk-rock band led by Western Massachusetts native, Greg Daniel Smith. Drawn to music at an early age, Smith spent his formative years engrossed in the music of rock bands like Nirvana, The Beatles, and Led Zeppelin, but it wasn't until discovering the music of the now late Dave Carter that Smith found a deep appreciation for folk and country music and realized his calling as a songwriter.

Smith's passion for performing led him to New York City where he penned the songs for the band's debut album, "Times Like These," which chronicles the hardships he encountered during his first couple of years as a city dweller--the guilt of leaving behind the family farm, adjusting to the hustle of life in the big city, and struggling to make ends meet without a college degree. Though many of Smith's songs are based in personal experience, their themes speak to everyday folks from all walks of life. Eager to take his songs to another level, Smith gradually began recruiting musicians to back him up and Greg Smith and The Broken English was born.

The band plays a heartfelt mix of folk, rock, country, and soul that has captured the attention of audiences and industry folks alike. Notable achievements include:

- having its song, "Livin' Like a Joker" featured on Music for Occupy's debut compilation, "Occupy This Album," (set to be released 5/15) alongside artists like Willie Nelson, Jackson Browne, Crosby and Nash, Lucinda Williams, Ani DiFranco, and many more;

- winning the "Your Shot to Rock" competition hosted by NYC-based 101.9 RPX (at the time the most listened to Adult Rock radio station in the country) in 2011;

- being nominated for Best Story Song by the 2010 Independent Music Awards;

- having its debut album, Times Like These, climb to the #1 postition on independent music site, Amie Street in 2010;

- touring the East Coast and performing at SXSW in 2011.

Greg Smith and The Broken English are currently working on their third studio album, which is slated for release in summer 2012 and will be releasing its first single off the album, "Spare Me Eliza," recorded with renowned producer, Machine, in the coming weeks.