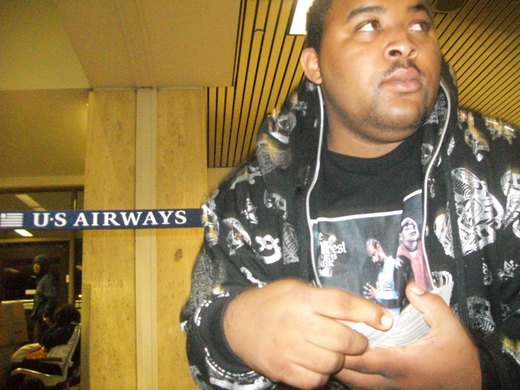 It all started in the city of Watts California around the time of 1988. when I discovered how to write my own songs. Me and my cousin Richard aka Battlestarr would record songs with the record and pause process and then we would listen to them over and over again. Those were some of the early memories of me and my music. Then later on down the line me and my older cousins would have singing contest and of course I would win them all the time lol. A little down the line my uncle O.G Lord Assassin discovered that his nephew had some musical talents being that he was also A musican he form A group with us and named us Watts Time. We would pratice our song's in my Grandmothers garage we wer'e like the hip hop Jackson five. So more time pasted and I got older and I would develop my skills from freestyle rapping and listening to artist like Slick Rick, Mc Hammer, Heavy D and Eazy E just to name a few at that time around 1990. As I got older I would discover more music from diferent genre and regions that broden my horizon's and make me a more well rounded musical minded MC. So about ten years would past and I keep on flowing and me and my Cousin Battlestarr stayed on our grind developing our styles. We hooked back up with Lord Assassin and started an independent label called StreetGame records.