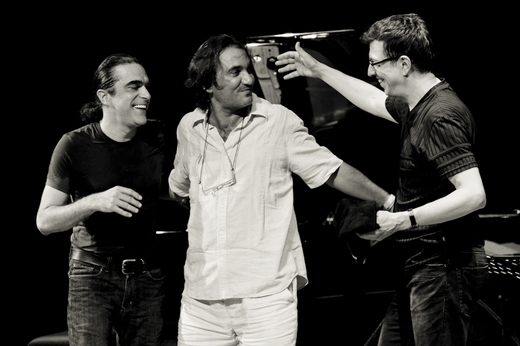 A native of Turkey, Fahir Atakoğlu is an international award winning composer and pianist well known in the fields of large symphonic works, film music and jazz. His works have been performed in various music festivals in Europe and The United States to critical acclaim, and he is considered one of the most outstanding pianists and composers in the world today.

Fahir was recently honoured (2015) as one of the 50 Most Influential Turkish American Artists.  Since 1986, Fahir has composed jingles, documentary and film music for many national and international productions.  For his work in film composition, he won first prize for “Documentary Music Compositions” at the Milano Film Festival as well as “Outstanding Achievement in Arts Award”, Platinum Sales awarded by EMI Greece, Telos Dios Telos for sales in excess of 480,000 and he won “The Best Song Award” from the Mega Channel in Greece.  Most recently Fahir Atakoğlu scored and composed the soundtrack of the TV Drama entitled “Magnificent Century” (“Muhtesem Yuzyil”).  Fahir’s virtuosity can be further demonstrated with the music that he composed for the Istanbul National Ballet’s performance of “East Side Story”.

Also an accomplished solo artist, Fahir has released 17 albums since his solo debut in 1994, and he maintains an intense international touring schedule in Europe and the USA, including his recent sold out shows at the world renowned Kodak Theatre in Los Angeles, and Carnegie Hall in New York City, proving his worldwide appeal.

Fahir Atakoğlu’s compositions speak with striking originality, and always remain connected to the culture of his motherland.