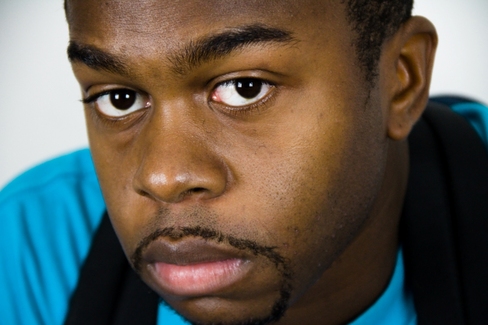 The Destination of Aquil (Bio)…
Those with a keen ear for music definitely gravitate towards the lyrical skills of rapper Aquil, a Philadelphia native, born and raised, with a signature sound. With a poetic out pour in his verses, it’s easy for listeners to connect with and get lost in the rhymes of this deep-thinking artist. Being compared with Hip-Hop founding fathers such as Rakim, Nas, Tupac, Black Thought, KRS-ONE, Common, Mos Def and Talib Kweli, Aquil takes their influences and elite comparisons in stride. As a lifelong admirer of music, he has honed his skills, unafraid to mix genres such as the Blues, Jazz, Afro Beat, and Funk into a Hip-Hop interpretation. His live shows reflect just that; creativity and a fearlessness that leaves the crowd captivated, inspired and shouting for more.

Aquil has
released his debut EP entitled “On The Ascendant” in March 2011 and is currently
recording his LP "Land of Synth" and "Traveling Light". Aquil has worked with Grammy award winning producer 9th Wonder and the Soul Council. Yahzilla and Aquil are release a collaborative project produced exclusively by the Soul Council titled Bright Lady Sessions Ep

Previously releasing two mixtapes, “Blues People” (September 2008), and
“Darkroom of My Mind” (October 2010) which sonically sounded more like
albums, Aquil set the mark very high; exuding purpose and style while
maintaining substance. A graduate of Temple University, Aquil chose to
instead follow his passion for music rather than his Graduate Studies in
hopes of returning the feeling of inspiration and creativity to music.

Darkroom of my mind Sept 2010
http://aquil.bandcamp.com/album/darkroom-of-my-mind

On The Ascendant EP March 2011
http://aquil.bandcamp.com/album/on-the-ascendant