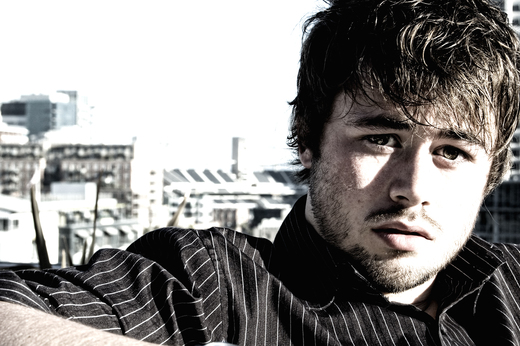 If you are interested in some of my credentials, please scroll down. If your interested in where I came from and how I got started in music, then allow me to introduce myself :)
I was raised in the midwest in a lower mid-class family of 8 kids. Every one of my family members took an interest in music to a certain extent and by the time I was 10 we began playing shows. I began writing songs as soon as I could play guitar at 10 years old. When I was 12 we went full time, touring the country. With every one of my siblings playing different instruments, I began picking up any instrument I could. By the time I was 16 I could play 7 instruments. By the time I was 20 I could play 9.
Every state and venue we went to seemed to have a different style of music, so I began expanding my horizon in that direction as well and I released my first demo when I was 16. From 16 to 19 I spent a fair amount of time in the studio, and though I knew many engineers, I knew very few producers. When I was 19 I met Je'kob Washington from the Washington projects back stage at a youth event in Lincoln, Nebraska. After giving him my demo, Je'kob called me a couple of weeks later showing interest in my sound and songwriting and within a month I was flying out to LA to record my first full fledged CD! Using my versatility on instruments, I was able to play almost all of the instruments on the CD and in August of 2009 I released Fade! Now that I have my music to represent what I can do, I'm now simply working on bringing this project to the masses. Let this project speak for itself! I was careful to be as transparent as I possibly could.
I hope God is as visible as He possibly can be in this project.

I have played over 1500 concerts to over a half a million people in 10 years full time on the road.

I have played in 49 states and 4 countries

I have sold over 7000 copies of just demos and my latest album "Fade" has sold over 500 copies within it's first month of being released. This is simply word of mouth advertising and live shows.