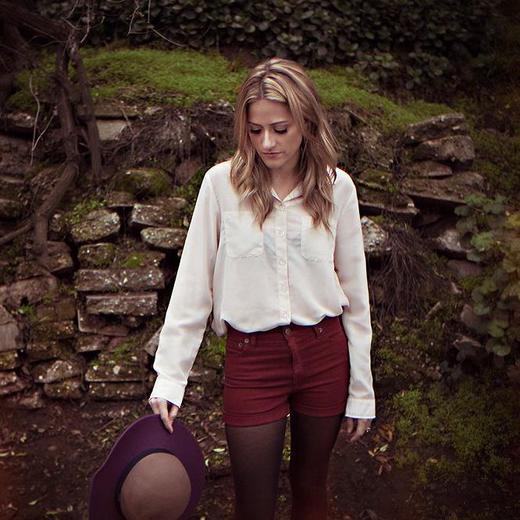 Raised in Tyler, Texas, Caroline Brooks' childhood home was saturated with the folk and pop melodies of artists such as Paul Simon, Lyle Lovett, Elvis, Queen, and The Beatles. Her love of music led her to the University of Texas in Austin where she was a member of the renowned a cappella group, Ransom Notes. After leaving UT, Caroline moved to Los Angeles and began collaborating with songwriters such as Jim Collins (Kenny Chesney's "She Thinks My Tractor's Sexy" & "Good Stuff") and Phredley Brown (Music Director for Bruno Mars). She started touring nationwide, developing loyal fan bases in cities as diverse as Austin, Washington D.C., New York, and Los Angeles

With a sound reminiscent of Sara Bareilles and OneRepublic, Caroline digitally released her debut self-titled EP in 2010. The industry took notice of her innate sense of song structure and melody, prompting ASCAP President Paul Williams to say, "[Caroline] is really, really talented. I predict a very successful career." Soon, offers for TV, film, and commercial placements began coming in. This led to her song "Parachute" being featured in a trailer for the film "A Little Bit of Heaven", starring Kate Hudson.

In addition to her work as an artist, Caroline volunteers as a piano and songwriting mentor for The 24 Foundation – a foundation providing therapy for at-risk youth through various art forms by using “creativity as the catalyst for healing the soul”.

She is currently working on new material to be released later this year.