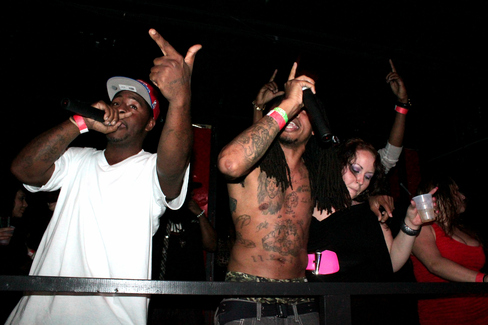 Maintain is known as a rap artist, an entertainer, an entrepreneur, but most of all he is a trend setter.  Maintain has always had his goals aimed at making music that people will follow.  Throughout his entire life, he has always dreamt of becoming a star.  Early in 2008 he decided to go on the most vital journey of his life.  It was all or nothing and Maintain put in motion his plan to become someone to be remembered.  Maintain and his team TGI have been recording, promotng and performing his music across the nation.  Everyday TGI and Maintain would make a step toward a bright future.  Everything they did for Maintain was independently funded and controlled.  As he worked on his music and grew as an artist he realized that people would follow him.  Through the airwaves, the internet, the media, and the streets TGI made sure Maintain was heard by the masses.   As of today Maintains music can be heard throughout the streets of Florida and all around the online world.  He wont stop until he goes from his roots in the ghetto to superstardom.