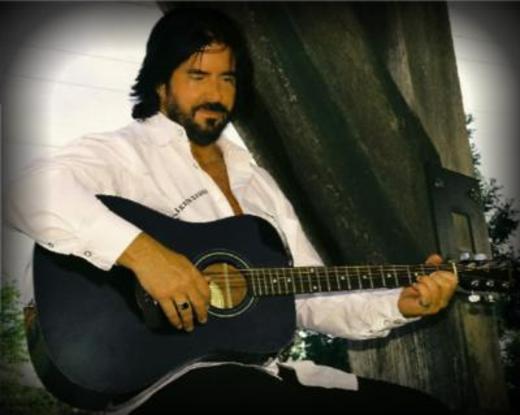 Our Country Rock Show is based in Nashville, Tn. Ken's show today features a variety of Music from Classic Rock to Classic Country from the 50's, 60's, 70's, 80's, 90's and Ken's originals. This show can be arranged to fit most any venue from Classic Rock, Country, Blues, Colleges, Weddings, Gospel and whatever the occasion. Our shows can be just with Ken alone singing with tracks , guitar and guitar duo to a full blown band show with backup singers, horns and more.

Ken Jordan has a very powerful and distinctive voice and style of his own as well as being able to sound remarkably like the King and others. His original songs have been played on radio all over the USA and Canada. He has traveled for years over the United States doing what he loves, singing and touching people's lives with music.

After years of tremendous success traveling and performing Elvis Tribute Shows all over...Ken was featured on the TBS Special Elvis USA ...in concert with The Jordanaires, Elvis's original backup group, who shared that Ken Jordan was the first person to sing with them who even resembled Elvis and that Elvis himself would be proud!. This can be seen and heard in Ken's videos. Also, while performing in Las Vegas Ken met Eddie Fadel, a close personal friend of Elvis'. Eddie said to Ken "I admire your humbleness, don't stop doing this". Ken has performed at The Hard Rock Cafe, Dick's Last Resort, The Myrtle Beach Opry in Myrtle Beach, SC. and many other well-known venues all over. Ken has entertained crowds as large as 7,000.

A brand new CD titled AIN'T THAT COUNTRY ....a new band Heart Rite...fresh show....two books in the works HE MADE THE JAILHOUSE ROCK and HEART RIGHT....