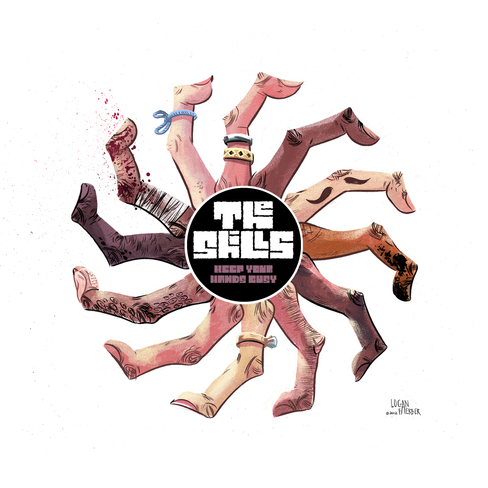 In a city like Boston where bands are nearly as numerous as rats, it can be a frustrating exercise in futility to sort through the endless entrants into the musical fray. The Shills make it easy for you. The Shills eliminate all the guess work with their undeniable quality and engaging complexity. With a sound that can go from driving rock rhythms to lush, lofty sonic soundscapes, versatility is The Shills’ true stock-in-trade. One would be wise not to mistake the bands expansive sound as studio trickery though since The Shills have been steadily building a loyal following of acolytes over the course of their 10-plus years together based primarily on their explosive dynamism and Swiss-like precision on stage.

Bryan Murphy (vocals, guitar), Ryan Jackson (guitar), Dave Sicilian (bass) and James Zaner (drums) have been winning the hearts and minds of Boston’s often ultra-jaded show-goers with their musical version of shock and awe. WIth original guitarist Eric Ryrie, they released an ep titled "Push" in 2004, a self titled full length in 2005, and a concept record called "Ganymede" in 2008. Eric left in 2011 and was replaced by Ryan. Trying to quantify their broad sound or compile a definitive list of similar bands becomes a fool’s errand as their influences range just as wide. From Queen, to Queens of the Stone Age, Yes to Radiohead, Motown to Metal, Punk to Jazz. As any of their fans will tell you, the only way to get any sort of handle on what The Shills are all about is to go and witness it for yourself.