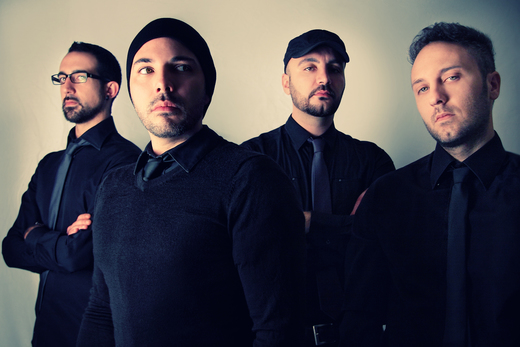 The project "PURE" was firstly created by Emiliano Dattilo (ex Soundage), after a long experience in some local bands.
He initially wanted to realize a solo project that can summarizes the set of his musical influences.
The project firstly evolved with the involvement Valerio Pisciarelli (ex Morphe, Turnpike Glow), they together realized the first “Pure” album in collaboration with two great musicians of the roman local scene like Valerio Cosmai and Piercarlo Sprecacenere.
In December 2009 Banana Records - Universo published the first album titled “Throught my eyes”, immediately available on I-tunes and on the major digital music stores.
In September 2010 Ennio Bettoni (ex Exalt Circle) joined the band and they all decided that it was time to create a concept album to be realized in the Kutso Noise Home.
To complete the band, two great musicians are included in the project Licia Missori and Massimiliano Carocci, respectively keyboard and solo guitar.