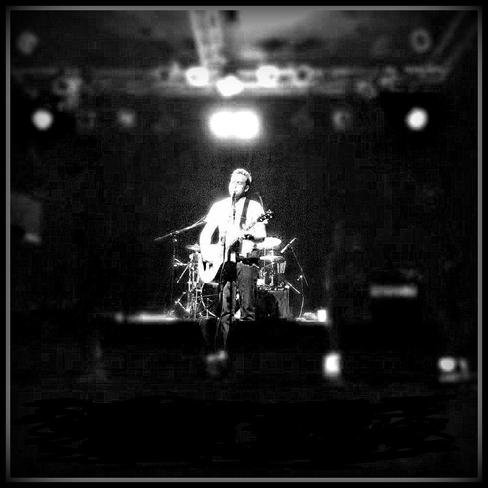 Performing solo acoustically since 2003, Brent has performed in the local and national scene from small coffee shops and bars to large clubs and festivals

Brent is formerly the lead saxophone player from the musical group "Nelson Flavor" whom became popular in 2007 in the Midwest funk rock scene playing festivals and clubs throughout, utilizing his degree in Music Performance (instrumental saxophone). Nelson Flavor recorded under a Minnesota recorded label that ended with a sour taste in their mouth, later to go completely independent

"It was a eye opener to see the political bs that record labels and promoters can truly care less about the artist and the rights to their music. The bottom-line and productivity in their eyes are the driving factors, your just their puppet. With today technology, social media, networking, and accessibility, who needs a label?

In 2011, the group decided to go separate ways, allowing Brent to once again fully concentrate on his singer-songwriter career

"I never stopped writing songs and/or performing acoustically, its just hard to balance both when Nelson Flavor was so busy, and that had to be my concentration. I loved the guys and the music we played.

"It would be hard to narrow down my sound to one genre because I am influenced by many styles of music from classic rock, modern rock, blues, reggae, and funk." says Brent. He goes on to say "when performing, I enjoy playing a upbeat party tune then switching gears to a ambient or melodic feel to create that emotional roller coaster to the performance"

"It has been difficult funding the project, but when it is all completed, it will be worth the wait"