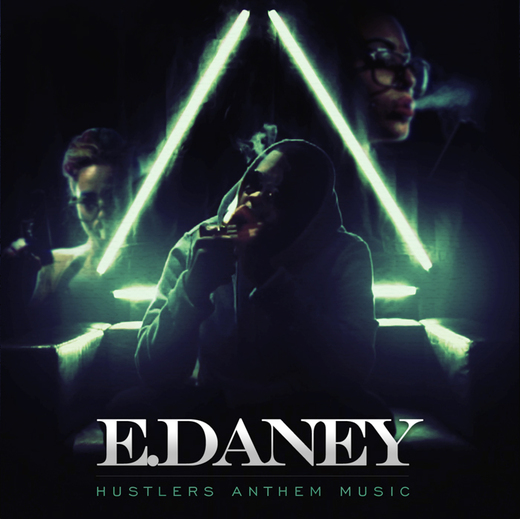 Bringing music back to its essence is the goal of this Harlem native. A tumultuous childhood filled with the harsh realities of the New York streets has given E.Daney the opportunity to create music that takes listeners back to the roots of hip hop. His come up make his music, his lyrics, and his experiences all real. Realizing at an early age that his only way out of the hood was through slinging crack, playing ball, or spitting bars, he has dabbled in all but perfected few, with his eye never wavering from the ultimate prize of success. Leaving his block and the hustling lifestyle behind at age 19 E put his pain and struggles into his game on the basketball court. After playing junior college ball in Kansas he found himself playing Division I for the University of New Orleans; a far cry from his own Harlem block. Life seemed to be coming together and his decision to leave his hustling lifestyle seemed to be paying off until Hurricane Katrina. The
storm robbed E not only of almost all of his possessions but more importantly his love of the game. The outlet that he thought he had that would permanently keep him out of the hood seemed to dim. He made his way back to New York as well as back to school, but with a new found plan; music. For the past six years all of his experiences, struggles, and pain have made way for real raw hip hop; something lacking from today's game where everyone seems to sound the same. Having put out 3 mixtapes: Get Money Season I, Get Money Season II hosted by Styles P, and Lyrical Ecstasy his passion for music is evident. His grind and hunt for success isnt only about coming out with a deal- its about touching as many people as possible with his music and realizing a level of success that takes him out of the hood and straight to the top. With his most recent album "My Time," getting ready to drop this February E is ready to take the hip hop game by storm and remind everyone what hip hop is really all about. Take a look and a listen to his life... his music.
« View This Artist's Complete Profile
Connect with OurStage: Facebook Twitter YouTube FourSquare Newsletter RSS feed
ADVERTISEMENT
?Need help?
Copyright © Amazing Media Group  2006-2021
p
A
n
E
F
Song Title by Artist Name