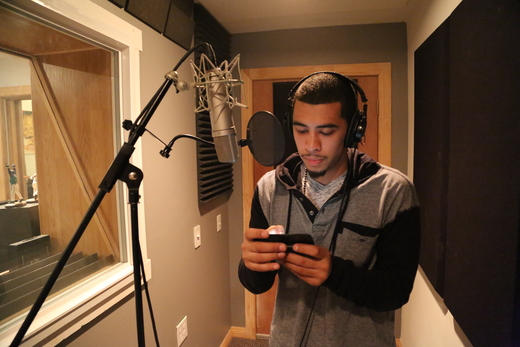 College is where it all started, My Junior Year at the University of Washington I got serious about Hip-Hop. I would write raps in my dorm & between classes, I finally saved up enough money to get my own Apartment in Seattle and moved my whole Studio inside. From there I released "Champagne New Sheets" independently. That Mixtape taught me a lot in reference to Business and Promotional tactics. I was forced to become serious about "KillemAll" the brand!

After receiving my degree in Sociology from the University of Washington, I Moved back to Federal Way were I grew up during most of my younger years. Their I was able to work with Local Producers Like 99 & Dupre, that inspired the release of "KillemAll Volume One." Some still view Volume One as my Best Work to date. I made the project with an Edgy feel to it. The lyrics are Aggressive and Contentious at times but Real in its Natural Form. The Project Took almost 4 months to create and flood the Seattle Scene. I opened Shows for names such as Kid Ink, Juelz Santana, Nipsey Hussle & Mike Studd during the release period. In Attempt to find Inspiration, I Stayed in Sandy Springs Atlanta, for 5 Weeks. This transition period gave me a chance to decide my next move within the Music Industry.

Nine Months Later, the Release of "KillemAll Volume Two" (Summertime Edition) Arrived. Stemming from Volume One, I took a more Album-Like Approach in regards to Beat Selection. Working with the brilliance of Producers such as Five Star, Most Wanted & Dupre timless music was forever created. Arguably, becoming the Best Mixtape to Ever come out of Federal Way, Wa.

After the release of "Volume 2" the Goal was to Enter the New Year Hot! I Dropped A Nine track EP titled "Seattle Rain." The EP was A fast release to feed everyone off the Summertime Project. I Wanted to Capture A Dark/Gloomy Feel. Something that made listeners Feel Opposite of "KillemAll Vol 2." Currently, "Vol 3" is under Construction. I won't reveal too much, except that there will be features and a heavy beat selection to help complement this project!