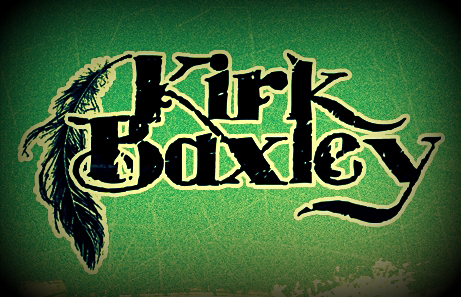 More widely known as a Rock singer, Texas native Kirk Baxley is now embarking on a new journey and revisiting his Country music roots. The four time nominee for "Best Frontman and Vocal Performance" in the Dallas Observer and three time nominee for "Best Frontman" in the Austin Chronicle are a testament to his talent and charisma. Kirk, with his group at that time, Greatness In Tragedy, was signed to Texas label Brando Records and released a full length record produced by platinum selling producer, David Castell. Greatness In Tragedy toured nationally until late 2005 and shared the stage with acts such as: Blue October, The Gin Blossoms, Seven Mary Three, and Collective Soul.

Only two weeks into 2012 momentum for Baxley is in full gear, teaming up with John Gomez (Silver Tongue Management) and business partner Grammy Award winning producer Kevin Beamish (On The Green Productions, Inc). Beamish has worked with many notable artists including Kenny Chesney, Reba McEntire, Elton John, REO Speedwagon and credited for sales of 100 Million records worldwide as Producer, Engineer, and Mixer. Over 50 Number One singles as Mixer in Rock, Pop, Country, and R&B.

Silver Tongue Management is a full service artist management firm started by President John Gomez and John Moyer of World renowned band Disturbed. Moyer and Gomez have successfully secured placement of music in film and TV and have secured record and licensing deals along with major distribution. Currently, STM has partnered with the Dallas Cowboy's franchise to launch a cross promotional campaign for Kirk Baxely, and his single "Let Me Be Your Cowboy". The song will be available for sale on the Dallas Cowboy's website, Facebook (4 Million strong) and other DC social media networking websites. Kirk Baxley's new EP "Stranded" is also slated for release early 2012 and will be available in stores and on iTunes.