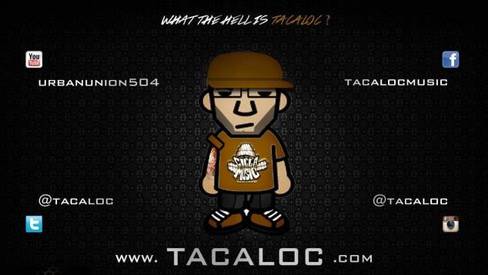 New Orleans artist "TacZilla" formally known as "Tacaloc" has made his mark in the local rap community starting the first 'all rap' internet radio show called "Urban Union Radio' along side legendary DJ/Prod "Ice Mike" which has interviewed some big names in the music game as well as dozens of underground artist. Plus getting nominated at New Orleans Hip Hop Awards three separate years in multiple categories including "Hottest New Artist" & "Hottest Song Collaboration" for the classic song "One Thing" which features 3D Na'Tee, Ton-Toe, & Kendra Williams. Can't forget getting nominated for "Hottest Event Promoter" as he presents & coordinate's a monthly concert series along side of 'E.F. Cuttin' & 'Skip of UTP' giving other artist a platform to showcase their music. TacZilla is no stranger to the stage himself as he has opened up for acts such as Geto Boys, Joell Ortiz, Anthony Hamilton, P-n-C, & more thus getting a good crowd response with his 'one of a kind' performance. TacZilla is definitely an artist to pay attention to as he progresses! Visit www.tacaloc.com