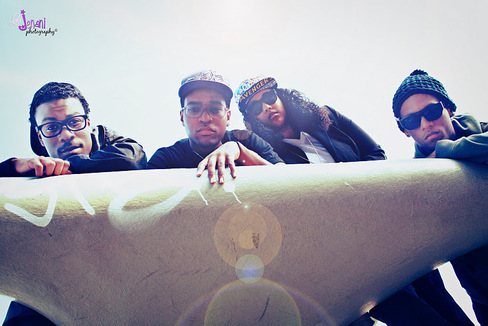 Panopoly was formed in 2009 when founders Reginald Johnson and Raina Hinchee inducted Gabriel Lambirth and Tyrique Johnson into the Hip Hop/R&B/Entertainment group. The name Panopoly came from a misspelling of the word "panoply" and it was decided by the group members to keep the unique spelling of the name. The group members produce, arrange, compose and perform all of their material, and have recently opened for hip hop group "The Rej3ctz". Panopoly also performed at the 2011 S.F. Pride Festival, which had an audience of over 20,000. The Panopoly sound is described as original, cutting-edge and cross genre

The members hail from Oakland, Richmond, Berkeley, and El Sobrante, California; all suburbs of San Francisco

Various members of Panopoly were honored with prestigious awards. Reginald Johnson has the won the 2010 and 2011 National Lay Christian Art Festival- instrumental category. Gabriel Lambirth has won the 2008 Robert Johnson-Gibson Guitar New Generation Award as well as the 2006 Blues New Artist of the Year - West Coast Blues Hall of Fame Award under the alias ‘Lil Gabe’. The group as a whole has also won the “It Takes a Village Award” from Sherri-Miller of the CFL Society and Hasani Campbell Search Team

Panopoly are members of the “mycharity:water” organization. A portion of the proceeds of monies generated at Panopoly shows are donated to various charities in Northern California.