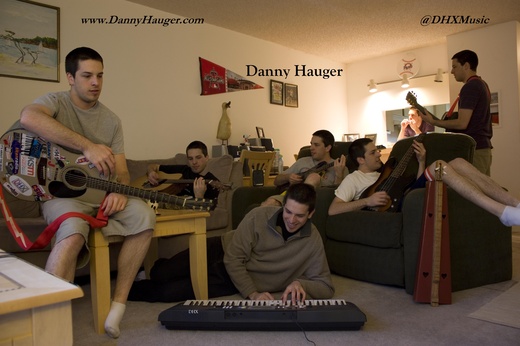 Danny Hauger is an independent artist that has recorded and toured California from Stockton to Fullerton since 2000.

Hauger’s style is a modern mix of alternative, acoustic, and instrumental genres self-produced by the artist.

Hauger's style is a modern mix of modern, alternative, acoustic, and instrumental genres influenced by bands like the Gin Blossoms, Oasis, Guster, Ryan Adams, and Toad the Wet Sprocket. Hauger has played venues from the Boardwalk in Santa Cruz around the state to Stockton, Orange, Los Angeles, and Rosarito, Mexico.  His acoustic led intuition for blending alternative and modern rock resonates with an energetic collection of reflection and thoughtfulness that makes for a unique one man show.