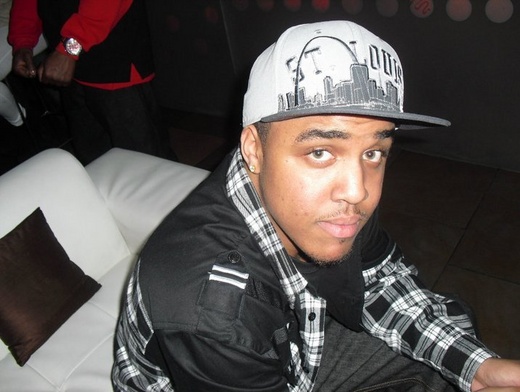 Never have so many all met one,and had the same feeling of gift and purpose, but thats exactly what can be said when in the presence of the 22 year old St.Louis,Missouri native,Lukkey(Lucky). Born on the Southside of St.louis and raised in California's infamous bay area,he is a product of his enviorments'. Before 16 this young Artist had suffered pain that few can relate to or bare to go through,but also triumph. He'd gotten his music into the hands of major stars who could see potential,unfourtunatly he was shot on the streets of St.Louis around the same time. The afore mentioned event alone would have undoubtedly ended the course of a music career for many,not Lukkey however,since the incident he has opened up concerts for major artist such as Rocko,The Shop Boyz and Pleasure P,just to name a few along with a number of shows throughout the cali and midwestern region! As an independent artist he is determined to in his words "Take the game by surprise and go down Supreme" which to those who've heard him sounds about right. With a major movement and a consistantly growing fan base,not to mention a voice so unique while in his form,you'd never know you were talking to the same guy in regular conversation. His song making ability is phenomenal to say the least,sampling old classics from what seemed to be a forgotten Era of Hip-hop/jazz/country you name it,and breathing life back into them,while making just about every kind of song you can think of in any Genre,it's safe to say he's "THAT" good. Patience he says is virtue when working in this industry,he has youth on his side,but his talent is surely destined to shine reguardless become a fan @ http://lukkey.fanbridge.com