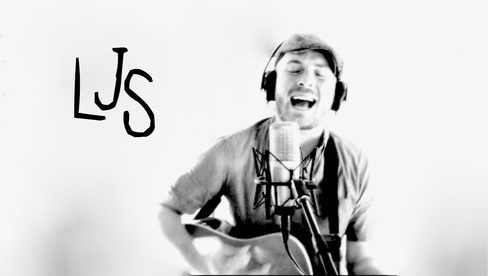 Singer-songwriter Luke James Shaffer's story is one of upbeat resolution through fickle times rife with ambivalence.

Luke exudes gentlemanly charm and humble sophistication. His congenial easy-spirited musicality traverses alternative Americana, folk-pop, soul, and the intimate singer-songwriter genre. His warm and soulful vocals have garnered him comparisons to Adam Levine, The Lumineers, Vance Joy, Zac Brown Band , and Mumford & Sons.  In July 2018 Luke released his first EP, "Volume One" in a partnership with DC’s House Studios. It reached number 7 on the iTunes Singer/Songwriter charts. Luke’s song 'Siren' recently received runner-up in the AAA/Alternative in the International Acoustic Music Awards in 2019.

In joining forces with House Music Group in 2018, he found a platform that would nurture his gifts as an artist and support him in the decision to focus on only original music full-time. “They have faith in me. This is a big step that I don’t take lightly,” he says.

As a philanthropist Luke was able to team up with the Global Mental Health Alliance on his song, “We're All A Little Crazy,” which reached the Top 50 on the iTunes singer/songwriter charts. A portion of the proceeds for this track go directly to the Foundation.

In March, Luke released his indie rock single "Thieves" followed closely in May by the single "Blood in the Water" on which he joined forced withSydney Franklin & Jake Vicious "telling the tale of a heart mislead by love."