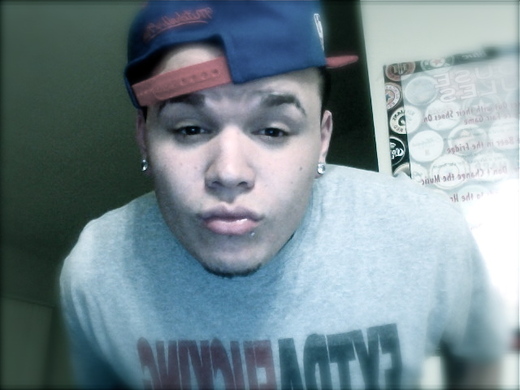 While critics struggle to define their music, Knu and HG are plotting on a hit. Easily one of the hottest new groups in the Northwest, The Rareness consists of two cool kids living out their dreams while the world listens. With their self-described brand of “Intellectual Swag Hop”, the young duo is breaking down barriers while simultaneously raising the bar.

The son of a musician, Knu is no stranger to the life of an artist. Even as a child, guitars, drums, pianos and violins were his play things and regular days consisted of hitting the road – or skies – with his father to watch him perform around the world. Around the age of ten he discovered hip-hop and started experimenting with lyrics and beats. The latter being his focus early on, he donned the name DJ Knu and continued to practice his craft.

HG $wagg was in 6th grade when he abandoned his violin and started making homemade hip-hop on his first Apple computer. A student of music in general, HG found he had a natural knack for composing rhymes and making beats.  He started investing in recording gear and managed to make a name for himself by his sophomore year of high school, despite having lackluster equipment.

The two had crossed paths in middle school, but more recently became friends while attending high school on the Westside of Portland, Oregon. Together, they started Knu Skool Entertainment which – in addition to HG and Knu – consists of Hype Boi, 3-15, Lil’ Reckless, Lil’ Serb, and ICT. The collective has been formative for the young artists and allows them a creative outlet for their talents as they began performing live and stylishly releasing music and updates via YouTube. While Knu dropped the “DJ” from his moniker and focused on raps and engineering, HG continued to improve his home studio and refined his talents.

Needless to say, collaborations between the two always took on a special feel, and thus The Rareness was born. Since their first show in Fall of 2010, the duo has worked tirelessly to make their dream a reality. Only 19 and 17, Knu and HG (respectively) dropped their first mixtape Extra Rare on October 15th, 2011. A 16-track lyrical purge over the hottest mainstream new-school beats, the duo’s freshman offering puts the young emcees’ versatility on display. From boom bap to emo, political to swag rap, there’s nothing these guys can’t do.

Always flashy, The Rareness has no problem garnering attention. A recent sponsorship from Capital Brand – one of Portland’s most successful clothing brands – plus nods to perform at Usher’s after party and the Audio Push Concert at Portland’s renowned Roseland Theatre are a few of their local achievements. In an international contest to be featured to be featured on a mixtape hosted by G.O.O.D. Music superstar Big Sean, the group out-performed thousands of applicants to take 6th place.

No question, the sky’s the limit for these young, fly and talented artists as they continue to create, hustle and set trends.  Currently available for booking and currently unsigned, keep an eye out for The Rareness and their brand of vicious bars and catchy hooks. And don’t be fooled by the snapbacks and NIKE shoes, these kids came to play.