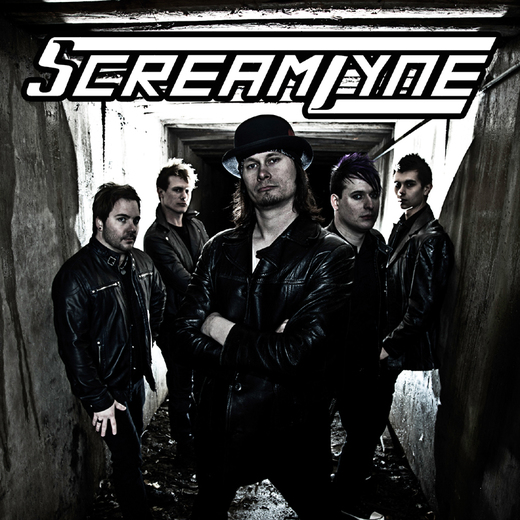 THIS IS SCREAMLYNE! A new Canadian rock quintet! Based out of Saskatchewan, Screamlyne has built a devoted fan base extending all over western Canada. An assembly has been eagerly awaiting the release of the bands 2012 Self-titled EP.  Mixing maddening riffs with memorable melodies Singer Darren Dyck, Drummer Rob Dyck, Bassist JK and guitarists Byron Junop and Travis black have created a sonic imprint that is undeniably their own.

Under a former moniker, Screamlyne has played with a multitude of professional acts, including Seether, Hinder and Saliva. The bands maturity and experience has allowed them to deliver an incredibly direct and focused EP, which is sure to both win fans, and scare critics.  Follow the Screamlyne!