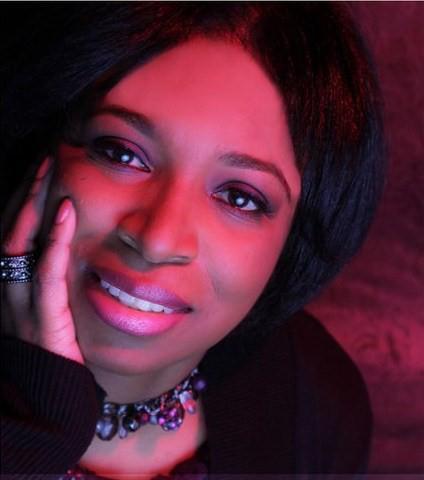 "If you're a true follower of your faith, who YOU ARE should define how you deal with who I AM!" ©2004. Safiyyah Amina Muhammad/Amina1389 Definity. All Rights Reserved.

Born Safiyyah Amina Muhammad, Amina1389 Definity is an artist, wife, mother, entrepreneur, and public servant whose name and work have become synonymous with excellence and quality. Amina’s accolades and accomplishments range from the organization of numerous public awareness campaigns and qualitative research presentations, to regular television and radio appearances; including a veritable who’s who list of professional partnerships and creative collaborations.

As self-described “Harlem-Kin to the core,” Amina’s exposure to art and culture began early, and she recalls the impact that her mother’s extensive music collection had on the development of her creative vocabulary, citing Dinah Washington, Nina Simone, Nancy Wilson, and Stevie Wonder as among her most significant artistic influences. In fact, it was the original and playful lyrics of Dr. Buzzard’s Original Savannah Band that inspired Amina to try her hand at songwriting, and the speculative and evocative writings of Kahlil Gibran that initiated her love for poetry.

Consequently, Amina’s professional repertoire has been featured along with the works of gifted and innovative artists such as Tshombe the Poet (aka Truth Theory), Zam Zam & the Mellyomatic, The Nxt Level, and Poetic Sylenz; receiving the critical acclaim of lyrical giants like Miguel Algarin and Amiri Baraka.

Being a mother of two children with special needs is no easy task, but Amina has managed to balance the often competing demands of her professional and personal life with great inspiration, style, and grace. In August 2008, Amina was invited by former New Jersey Governor John Corzine to speak at the signing of the Autism Health Care Funding Bill, a law designed to improve delivery of supportive services and critical therapies to children on the Autism Spectrum. Her son Sufyaan handed Governor Corzine the ceremonial first pen, signing this monumental piece of legislation into law.

Safiyyah's mantra is, "Although April is Autism Awareness Month, autism is a life-long experience to be aware of everyday. 'If you don’t know someone who is affected by Autism Spectrum Disorder; chances are you you'." © 2006.

Presently, Amina serves as a Peer Support Counselor for caregivers of individuals with disabilities; on behalf of Mom2Mom Peer Support Helpline at UMDNJ (University of Medicine & Dentistry of New Jersey). She is also a Community Change Award recipient and has recently been appointed by current New Jersey Governor Chris Christie to serve as a member of the New Jersey Council on Developmental Disabilities. In addition to her work as a freelance correspondent for a number of radio stations throughout the Mid-Atlantic and Northeast, Amina continues to maintain a robust recording and performance schedule, presenting at venues ranging from university campuses and community forums, to appearances at soulful tabernacles like the storied Ashford & Simpson’s Sugar Bar.

The words of Amina are rhythmic and authentic—whimsically concrete—they beckon audiences to consider a world in which the collective desire for harmony begins to outweigh our historical tendency towards inhumanity and misunderstanding. Speaking in her role as a peer support professional Amina says, “Peer support is something we already do, informally, as mothers, friends, sisters, and family members; so to have a more structured method and means to give this type of support is wonderful.” Amina1389 Definity is a brilliant and refreshing example of an artist/advocate who effortlessly merges an unbounded creative voice with an equally focused commitment to the common good. She is the real deal, Amina’s dedication to improving the human condition is absolutely undeniable, and her artistic capabilities are extraordinary!
« View This Artist's Complete Profile
Connect with OurStage: Facebook Twitter YouTube FourSquare Newsletter RSS feed
ADVERTISEMENT
?Need help?
Copyright © Amazing Media Group  2006-2022
p
A
n
E
F
Song Title by Artist Name