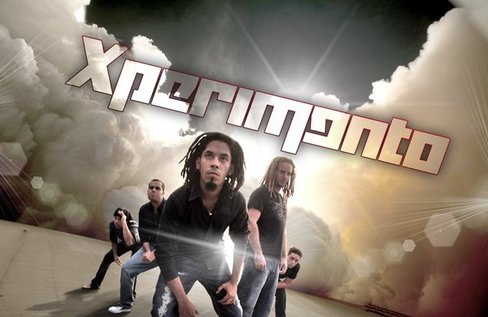 Xperimento is a bilingual, multicultural band that blends world sounds such as Cumbia, Reggae, Merengue, Ska, Salsa, and Funk with elements of Rock, R&B, Hip Hop and Dancehall, creating the original genre called: “Latin Reggue Urban Soul”.  Their electric performances and catchy-upbeat songs get the attention of everyone who listens and dances to their unique rhythm.

Xperimento was formed by the Director of the band, Emiliano “Chefunk” Torres, who decided to gather professional musicians and songwriters to play live and experiment with diverse genres. Each member brings a special flavor to the equation by mixing different Latin rhythms, thanks to their backgrounds from Argentina, Puerto Rico, Venezuela, and Colombia. The members have been playing live for over two years, but they have known each other for almost ten years from the music scene in Miami.

Xperimento is currently on their promotional tour for their first in studio album: “Second Floor”, which has been on sale since April 30 2011. “Second Floor” contains10 songs (in Spanish and English) that fuse diverse Latin sounds, into the original genre they proclaim “Latin Reggae Urban Soul”. This production includes joyful, party songs such as: “Candela”, “Second Floor”, “La fe”, “Medianoche”, “Vibrar”, “Skarengue”, and “Marcianita”. It also includes controversial hits like “Amsterdam” and “María”. The title of the album is a tribute to the party vibe that happens at the second floor of Jazid Lounge in South Beach Miami, the popular club that opened the doors for the band to perform since their beginnings. The compositions of the music, as well as the creations of the lyrics, are a collaboration of the five principal members: Emiliano Torres, Camilo Sierra, Guillermo Cabral, Alan Reyna, and Marcos Delgado. They also invited in this production special guest musicians like: Javier González, Lasim Richards, José “Sapo” González, and Derrick Cintrón among others. The album “Second Floor” was recorded by Latin Grammy Award Winner (2002) A.T. Molina. The album is available in iTunes and their webpage: www.xperimento.com.