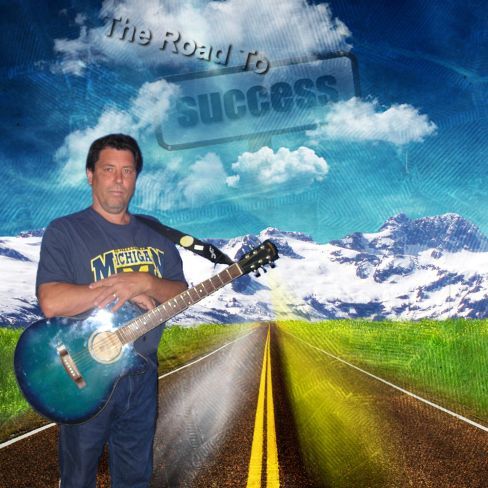 Biography From a young age, Joey Sands has always longed for a career in music. At the age of 8, Joey was first introduced to music at a family get together. A man was there playing a guitar and singing and Joey was hooked instantly. He kept asking for a guitar for Christmases and birthdays but they came and went and still his parents were not taking him seriously. Finally at the age of 18, after moving out on his own and working part-time, he managed to buy his first guitar. Joey was happy to learn any little guitar chord or lick from any local artists and friends that he would meet and in no time at all he was playing rhythm guitar with ease. After getting a job as a parts manager at a large shop, he met a bass player who he teamed up with and started to practice with a drum machine. They got good in no time flat. Joey had made many friends on the local pub and bar scene and one of those artists came over to the house one day to listen to him play. After listening, he told Joey “you should do this for a living”. After such words of encouragement and wisdom from one of the best local artists around, Joey went and found an agent and started getting booked on weekends in the pubs and bars and finally moving to the point where he was doing what he always wanted. After about 6 months, Joey decided it was time to take the act on the road, so he quit his job and off he went for the next 2 years playing full-time all over Canada and the U.S. Now after more than 25 years in the business he has been signed by Wildgoo Studio and has started to lay down the tracks for his first CD. It is due out oct 2011 with some tracks being written by him alone and some other tracks written by lyricist and poet Dez Sands. Joey Sands and Dez Sands teamed up to write some of the best music and lyrics out there today. Joey  has also become one of the industry’s best recording engineers around. With his midi and computer knowledge, and his musical background, this has allowed him to produce some great musical sounds on this new CD. It won’t be long now until we can see Joey Sands becoming a household name. For his singing and songwriting ability and now partnered with Dez Sands, a renowned poet and lyricist, this team is unstoppable.